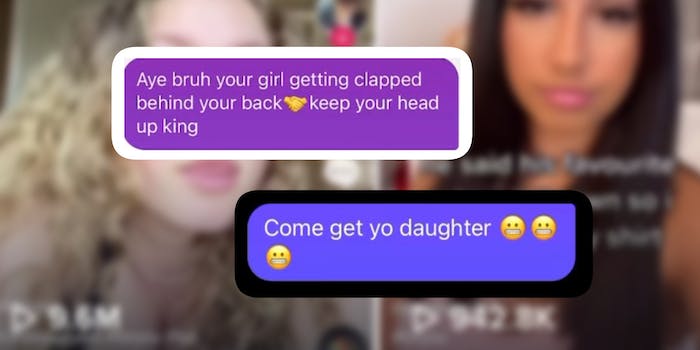 Would you snitch on someone for TikTok views?

SnitchTok is a complete genre of content built around exploiting the information we glibly offer up.

There are perhaps more sinister means of attaining clout than snitching on a rando for TikTok views. But there is something unsettling about SnitchTok that adds to the growing list of reasons I, and I’m sure many others, am afraid to share anything personal on the internet.

Last year, right before coronavirus lockdowns began in the U.S., Collier Meyerson declared the end of oversharing in WIRED, citing what she called “post-post anxiety,” or our second-guessing of our posts as potentially offensive or unflattering. As we began reckoning with our oversharing, we started shrinking our social circles online, moving our internet activity to our “Close Friends” stories or private accounts.

However, as the pandemic pushed us into isolation and TikTok soared in popularity, it feels like people abandoned the idea of abandoning oversharing. While Meyerson made the point that professional influencers have made our personal sharing seem trivial and cheap, TikTok, at least for now, rewards our oversharing regardless of the pomp and circumstance. And during a time when we couldn’t go out, we couldn’t gather with our close friends IRL, we pivoted back to the internet for connection. Suddenly, the prospect of connecting with hundreds, thousands, or millions of people by sharing your personal stories seemed tempting again.

On TikTok, there are dozens of trends that encourage oversharing, and sometimes it’s necessary in order to participate or engage with the platform. Yet, “post-post anxiety” and the lingering fear of being—or being perceived as—wrong remains a constant feeling in the back of our minds. Are people going to get my joke for this trend? Am I getting my point across effectively in this minute-long video? Am I being reductive? Are my takes coherent? Will people attack me for this? And on and on.

TikTok, like most social media platforms, leaves little room for context, nuance, or mistakes. It’s hard to explain yourself in such a short amount of time, especially if you’re trying to do so via a quick, audio-based trend like this or this. And it feels as though there are always people waiting for you to slip up on even the most benign things—people you don’t even know—which greatly exacerbates post-post anxiety. In fact, SnitchTok is predicated on people revealing a little too much about themselves. So how are you supposed to conduct yourself under that pressure?

It’s not even that users exposed on SnitchTok are doing things that are particularly egregious. We aren’t talking about bigoted posts or crimes. Mostly, people are snitched on for thirst comments, partying, or sexual exploits. On the surface, there is nothing inherently wrong about doing these things, especially without knowing a person’s values or life. To make a SnitchTok video, you have to presume a lot about a person and their relationships, and most times, those assumptions are rooted in toxic monogamy, sexism, and other dated ideas. For instance, this SnitchTok that assumes a woman would be furious at her boyfriend for being attracted to another woman. Or this one sharing a young woman’s sexually suggestive TikToks with her mother, prompting comments that thank the account for “cleaning these streets.”

SnitchTok relies on sharing an out-of-context interaction or video, often in bad faith, in an effort to bring about some sort of consequence for the person. It’s good content, people love drama and outing “bad” people. But meddling in this way can be unpredictable, and you never know the impact that it can have on a person’s life. Not only are SnitchTokers trying to expose someone to the people in their private lives, but they are also airing that impending drama to the public, an unintended consequence for the original poster. Take the above TikTok with the young woman and her mother. The young woman’s account went completely private after the snitching video went viral. One comment under the SnitchTok pointed out, “What if she has an abusive home life? You should mind your business when it comes to family, you never know what someone’s life is like.” The SnitchToker said they “feel so bad now,” but asserted they were helping the young woman. Helping how exactly? The snitch and their supporters say it helps people check their digital footprints, but looking at who exactly is targeted in their videos, mostly young women making relatively harmless horny vids, it’s hard to believe that’s the case.

Obviously, the people being “exposed” are putting their business out to the public for anyone to see. But when we post things ourselves, even on an app like TikTok that will push our content to millions of strangers, we have (at least a bit of) control over who can see our content. While the risk of having a family member or friend see your revealing post is nearly unavoidable, there’s a reason the block button exists. We can also choose to post on platforms that we know they aren’t on. There are safeguards that people take to more freely shitpost or express themselves online.

But now, we have to worry about random strangers telling on us for clout. A family member or friend may have found our posts eventually, in spite of our efforts, but a SnitchToker essentially guarantees or expedites the discovery. Knowing there is a whole category of content creators looking to spoil your fun to create their own, why would you even want to post anything fun or personal again?

My fear with SnitchTok, which perhaps is mine alone, is that it not only worsens post-post anxiety, but pushes us into our own digital panopticons, causing us to police ourselves out of fear of being punished by fellow users who wish to be rewarded for catching our “unacceptable” behavior. Perhaps that will be the end of oversharing—or just sharing—after all, for better or for worse.