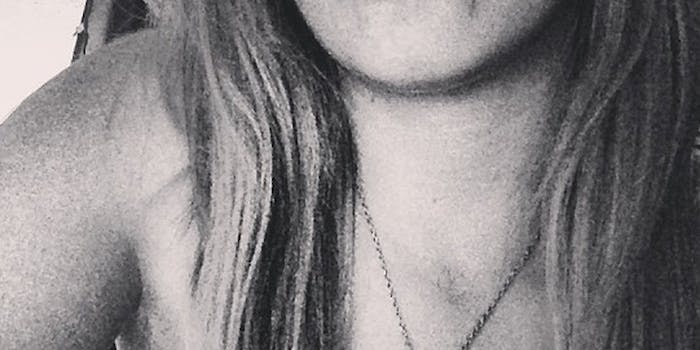 Snapchat hack means someone could secretly screenshot your sexts

Snapchat is supposed to alert you when someone takes a screenshot of a photo you've sent them, but that alert is shockingly easy for users to bypass.

Rule #3 on the Internet: If there’s a private picture out there that’s supposed to automatically delete itself and disappear forever within a matter of seconds after sending, someone will find a way to make that picture last forever.

That’s the current trouble facing picture chat facilitation center Snapchat, a mobile sext city whose entire business operates around the promise that your private pictures will be long gone by the time someone else can think to get their hands on them.

According to TechCrunch, there’s now somewhat of a slip in the Snapchat syntax, and photos that were once meant to be viewable for only 10 seconds may now live on for eternity—if you’re shady enough to perform the proper steps.

Snapchat can’t stop you from saving screenshots any sexts you get, but it does alert the sending when you save their snaps. Or, at least, it’s supposed to.

University of Michigan student and Web hacker Raj Vir learned through testing that you can bypass Snapchat’s screenshot notification feature—Snapchat sends a message to the picture’s sender every time a recipient takes a screenshot of the photo—by double-clicking an iPhone’s home button immediately after you screenshot the scene.

The double-click on the home button brings up the iPhone’s multitasking bar, a performance that will cause the app to not register that someone just created a screenshot.

Vir told TechCrunch that the hack is possible because of the way that Snapchat detects screenshots. Simply put, a signal has to get sent between the app and the phone’s iOS that registers the fact that a screenshot is taken. Once that’s done, the screenshot notification gets sent from Snapchat to the sender.

You can mess with its science by quickly throwing another direction at the phone—in this case, a callout for the multitasking bar. When that happens, the app never receives a notification that anybody’s screenshotting anything at all.

And all your private pics are now subject to the public.

Snapchat has not come out publicly against the hack, and did not respond to the Daily Dot’s request for comment, but it’s hard to imagine that the recently surging company won’t make fixing this loophole a priority in the next few weeks ahead.