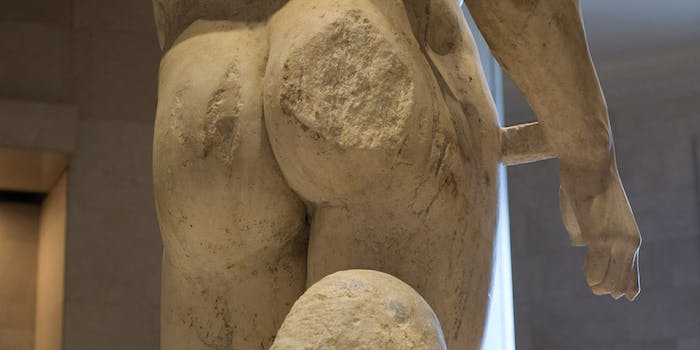 Your Snapchat guide to the dongs of ancient (and modern) Greece

They're everywhere you look.

Snapchat was handed down from the heavens by our lords and saviors—two white tech bros and a Filipino-American guy—in the year 2011.

Like the empires that came before, it has undergone systemic changes and internal strife since then. The social media app has tried to distance itself from its natural and intended purpose of allowing dudes (OK, fuckbois) additional opportunities to flash their dicks via smartphone screen with minimal consequence. Basically the exact same thing as the Corinthian War, but condensed into 10-second segments.

The business model of full-frontal cock shots, however, is an ancient one, and Greece has served as its ambassador for centuries. As far back as the Archaic period of the 6th and 7th century B.C., the D was considered pretty A1. Hell, they even threw dick parades, known as phallic processions, in the name of the hedonistic god Dionysus. Some of the most iconic sculptures, mosaics, and dicks from that period have survived to this day.

A couple millennia later, there are even more dicks in the Mediterranean country than ever.

Using Snapchat in Greece to get some quality cock shots in is like trading in your stock rims for those 24s you’ve been eying since the big sideshow last spring. And sure, you can just snap some thrilling shots of your own dick in an exotic locale—but why not share the love a bit? I took a five-day trip to Greece last month and saw some pretty solid penises.

Here are five tips (just the tips) on how to get the most bang for your phallic Grecian buck… erm, Euro. Drachma? Anyway. 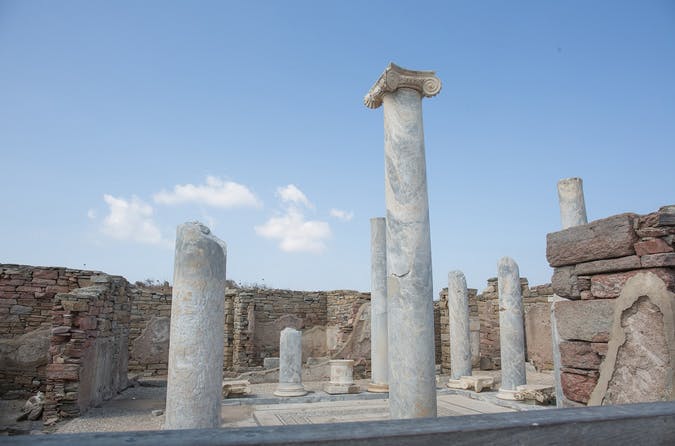 Why is this a good dick pic for some rando whose name you accidentally typed in on Snapchat because you just really wanted to see if there was a “vagina_slayer” account? Because it shows thoughtfulness and says you’ve got enough penis power to hold up an entire monument. Oh, and as far as variety goes, the broken columns make for some amazing chodes.

These guys might be a bit modest, but most Greek sculptures let it all hang out. Gods and their worshippers were pretty much the exact opposite of size queens back in the day, though. If the tropes were reversed and our modern society equated a smaller dick with mental acumen and really having your shit together, then famed Smallest Penis in Brooklyn bar Kings County Saloon wouldn’t have been on the verge of closing but expanding like a goofy, floppy empire waggling in your face with wild abandon. 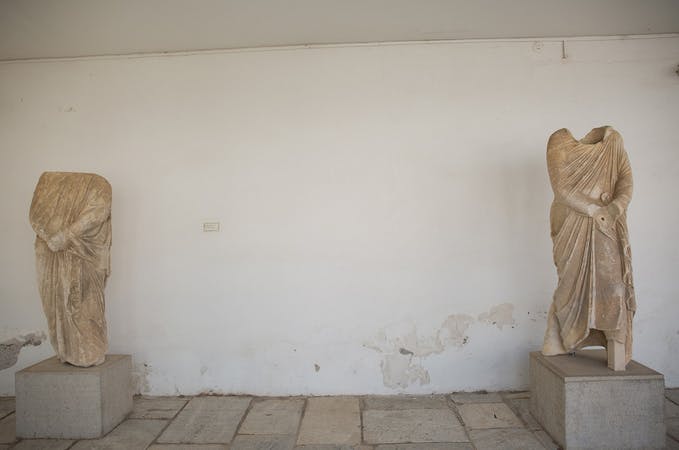 Find yourself an archaeological museum or head to a UNESCO World Heritage site dedicated to preserving as many phallic marble objects as possible—and get to snapping.

Picture this: you and your dude bros have gone on vacation (erm, work retreat) to the island of Mykonos, and the locale is just so damn inspiring that one of your homies goes full European. 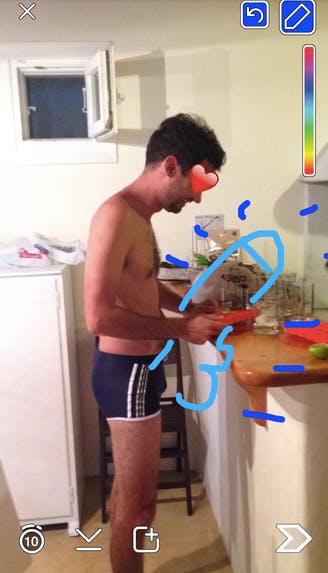 That is pretty much what happened in this snap. Just as the island’s busy season was winding down, with a massive impending party at Paradise Beach (cue strobe lights), things got a little phallic. Going full European means getting the tightest, most revealing swim trunks known to man and refusing to wear much of anything else. Greek body positivity is enough to inspire you and your fellow travelers to bare all, perfectly setting the scene for a Snapchat gem such as this—an inspiration for dick pics to come.

Look at these guys and their powder-blue skin, forced through an HDR filter like a bucket of blueberries into a trash compactor. What art! What beauty! If you can’t get it right with a few ornate columns, some small-dicked marble mofos, or your best bros, your next best bet is everyone’s favorite rapid-fire Russian roulette of a dating app, Tinder. 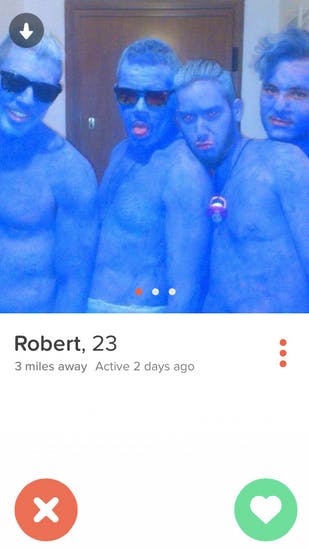 Though a large part of my time in Istanbul, Turkey, was wasted in trying and failing to get potential partners to calm the fuck down, it was Mykonos, Greece, that was the true dark horse of September. Offensive sushi platters, Power Rangers, and a man being eaten by a pelican all graced my iPhone screen at one point, and I’ll be damned if I didn’t think that every single one of them would make a worthwhile Snapchat candidate.

Yes, they’re real. They may not be complete—sorry, intactivist movement—but these stone dicks are expertly preserved on the island of Delos in the Aegean Sea. Delos holds the type of archaeological and mythological mystique that makes it a must-see destination. It is also said to be the birthplace of the Greek god Apollo, the manliest of the gods. 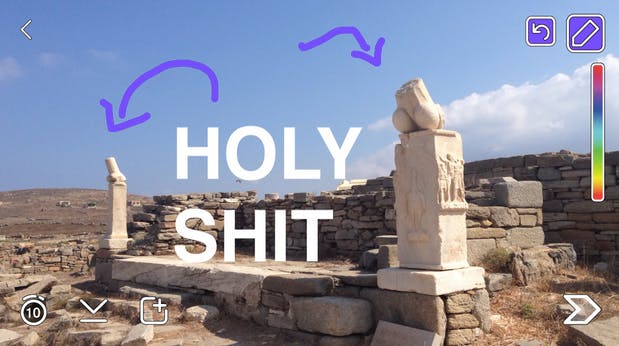 Just kidding, that bro was into poetry and the sun, which is actually kind of basic. Apollo’s hometown really gave it up for Dionysus and erected multiple, unabashedly vulgar dick statues. As you can see, the chode on the right is resting comfortably on a base with a chicken carved into it, so maybe the usage of “cock” for your junk dates back far earlier than you’d think. Get your historic dick on and really wow your partner with a penis that probably weighs as much as a washer-dryer combo.