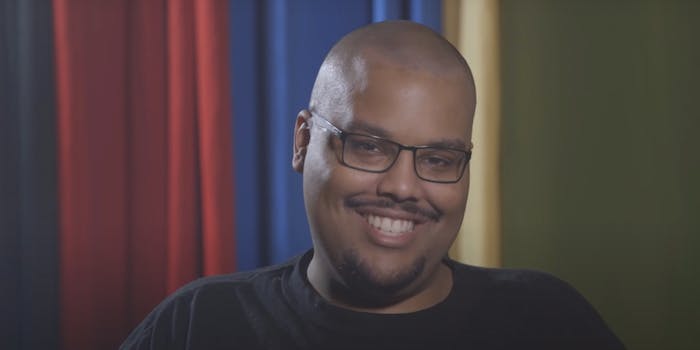 Several people have accused Williams of abuse of power, harassment, and sexual assault.

Members of the Super Smash Bros. community have accused content creator Sky Williams of lying about his father’s cancer and claim he owes them over $350,000.

Williams has faced numerous allegations of grooming, pedophilia, sexual assault, abuse of power, and harassment over the past week. Many of the accusers lived in one of the several properties that Williams has owned since 2014, known as the “Sky Houses.”

On Wednesday, Spencer Samuelson shared more details about the depths of Williams’ alleged deception in a TwitLonger statement. Samuelson claimed to have known Williams since 2008, though they didn’t talk much until 2017. That’s when Williams allegedly messaged him to say he was “in serious debt to the IRS,” and Samuelson agreed to lend him $55,000 to get his life together and resume streaming.

Instead, Samuelson claimed Williams used the loan to rent the Sky Mansion and confirms the “power dynamic, favoritism, manipulation, alcoholism, and the shady ways he was making money to pay for rent.” Samuelson also said that instead of paying back his loan, Williamson would often “treat his roommates to free dinners, free video games and even free trips to Vegas which included him buying a couple roommates prostitutes and hotel rooms.”

It gets worse. Samuelson revealed that he would often house Williams for Super Smash Bros. tournaments, during which time he became close with Samuelson’s mom, who was battling breast cancer and died in 2016. Williams allegedly told Samuelson that he needed money because he went broke paying for his dad’s own cancer treatments. Samuelson empathized with him—but now he’s claiming Williams’ dad never had cancer.

“The excuse [Williams] has told me is that his dad lied to him about having cancer and instead used the money on a cosmetic surgery for his penis,” Samuelson wrote. “I am not joking, this is the excuse he has used several times. I know it’s hilarious but it just makes it harder to take my situation seriously when he turns it into such a joke like that.”

Williams attempted to address some of the accusations levied against him in a poorly received three-hour live stream on Monday, which was ultimately cut short when a roommate disconnected his router. In a lengthy Twitter thread on Tuesday, Williams apologized for the ill-fated live stream and promised to exhaustively address the allegations in a Google Doc.

“Never in my life would I want to hurt this many people and I’m more sorry than words can express,” Williams wrote, “so I just hope my actions of contrition to follow convey how much I want to truly make things right for all involved.”