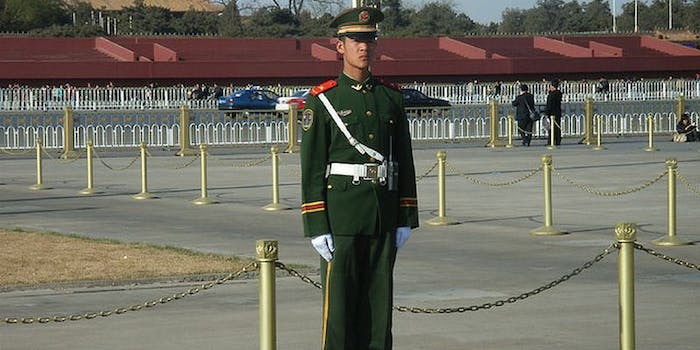 China continues its Internet clampdown as it reels from the largest political scandal to hit the country in years.

It hasn’t taken long for China’s latest censorship campaign to start claiming victims. Two prominent journalists have been silenced in as many days.

On Tuesday Sina Weibo, China’s most popular Twitter-like microblog service, warned users it would shut down accounts found to be spreading “malicious political rumors.” Beijing’s censors are apparently scrambling to contain the digital fallout from the largest political scandal to hit the country in years: the March 15 ouster of former political heavyweight Bi Xilai. His wife is a suspect in the murder of British citizen Neil Heywood, who had allegedly threatened to expose the couple’s multi-million dollar international money laundering scheme.

Li Delin, a senior editor for business magazine Capitol Week, was the first journalist to get the axe as part of a group of users removed from the service on Tuesday. Delin’s March 19 post about an unusual number of military vehicles he’d seen on Beijing’s streets helped spawn rumors of a coup attempt, drawing worldwide attention and the ire of China’s government.

Sina Weibo didn’t just delete Li’s account. It made an example out of him, announcing the move publicly to the site’s more than 300 million users.

“Recently, criminal elements have used Sina Weibo to create and spread malicious political rumors online for no reason, producing a terrible effect on society,” the note said, according to the Wall Street Journal.

Early Wednesday morning, Shanghai-based journalist Yang Haipeng also got the boot. A former reporter for the groundbreaking magazine Caixin, Yang had been a “prolific” reporter on the political events surrounding Bo’s ouster, according to the Wall Street Journal.

Yang was one of the first people make a connection between the death of a British national (which he later learned to be Heywood) and the Bo family.

At the time, friends told Yang his reporting might make him a government target. He wasn’t worried.

“I didn’t lie, so what reason would they have to come after me?” he told the Wall Street Journal.