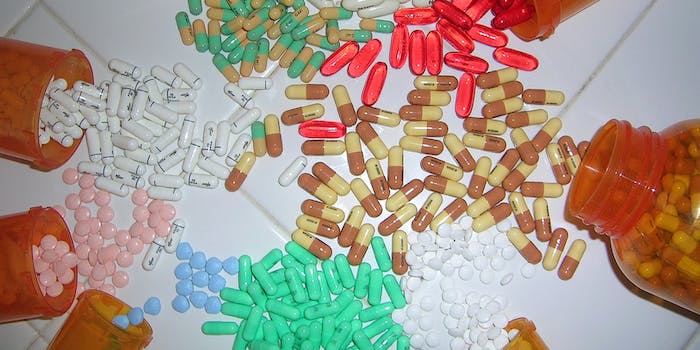 "SuperTrips" is looking at up to 40 super years behind bars.

A 22-year-old Dutch man is expected to plead guilty to selling 104 kilograms of MDMA, 566,000 ecstasy pills, four kilograms of cocaine, and significant quantities of LSD and marijuana on Silk Road, the Deep Web black market that was shut down by the FBI last October. He faces between five and 40 years in prison, a $5 million fine, and the forfeit of over $3 million in profits seized in bitcoins.

Cornelis Jan Slomp, allegedly known as SuperTrips on the website, is said to have been one of the most popular dealers on the Deep Web.

Slomp pled guilty to a federal drug conspiracy charge in Chicago after being arrested with over $20,000 in cash on his person at Miami International Airport in August where, according to police, he planned to meet with partners in the drug trade.

While at the airport, Slomp allegedly admitted he was a Silk Road vendor to customs officials.

SuperTrips was both loved and reviled by the Silk Road community. Many customers praised the quality of the product he shipped.

Others alleged that he lied about what he was selling, sparking a major scandal just before he was arrested in which dozens of customers said he sold the drug fentanyl but advertised it as heroin.

“I have a picture of the stuff and can tell you all it is 100% NOT HEROIN,” one angry customer wrote in June 2013. “It’s nice but not what it’s advertised as and is downright dangerous. I nearly OD’d on it when I first took a hit.”

Another customer claimed to have resold SuperTrips’ supposed heroin to a user who overdosed thinking he was shooting heroin.

“He didn’t die,” the reseller explained, “but he could have. That’s why supertrips needs to immediately remove his listings for his ‘heroin’ before someone is killed because of it.”

During an 18 month police investigation into Slomp’s activities, American police say they seized over 100 packages he sent to customers. In 2013, complaints began to roll in bulk from SuperTrips’ customers, who repeatedly claimed their product never arrived.