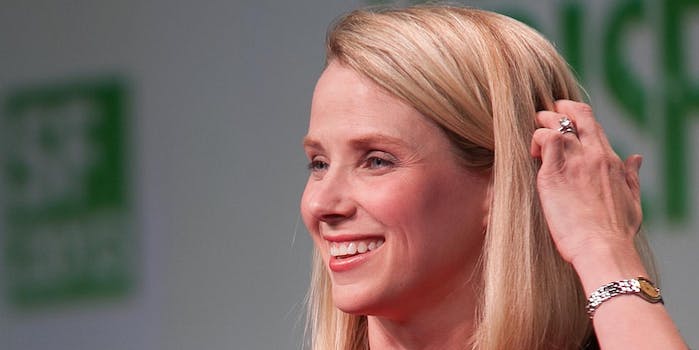 Why aren't there more female success stories in the tech industry?

BY KIM GORDON AND SHAMBHAVI KADAM

There’s a vast amount of value waiting to be unlocked in Silicon Valley, and it’s not hiding under the Tahoe hills in veins of silver like the Comstock lode. Today’s new billions are no longer dug out of the ground, they’re realized by viewing the world in a different way—seeing things differently to other people and capitalizing on opportunity by investing ahead of the curve. That’s how money is made in Silicon Valley.

Strange, then, in a world where women are leaders at some of the most powerful and recognisable organizations in the world (Facebook, Yahoo, Lockheed Martin, the IMF) — generating billions of dollars in revenue — that we’re not investing in them early.

Women receive only 5 to 10 percent of venture capital. They’re seriously underinvested in by Silicon Valley’s angels and institutions. There are urgent and necessary debates in Silicon Valley around objectification, misogyny in the workplace, and how hard it is for women to be leaders without being labeled “bossy.”

What’s equally clear is that we’re not funding female founders, and billions are being left on the table. There’s been no female equivalent for the meteoric rise to success enjoyed by Mark Zuckerberg, Larry Page, Sergey Brin, or Elon Musk, and right now in the Valley there’s a vicious cycle. Without a success story featuring a woman there’s a strong confirmation bias that women don’t have what it takes.

And with no one investing in women — seeing an opportunity no-one else has and capitalizing on it, which is what investors are supposed to do — it’s unlikely we’ll see one of these stories anytime soon.

We’re Kim and Shambhavi — the founders of depict — and we want to reframe this debate around women in tech. We don’t want to be victims, and we don’t want to be told that men are terrible, because misogyny is not the root cause here. Instead, we’re going to show you how a systemic and irrational disbelief in womens’ potential to be the founders of success discourages smart, entrepreneurial people from making money in Silicon Valley, and creates an artificial bottleneck.

On the surface it seems like something of a mystery that although the tech boom in Silicon Valley came after universal suffrage, bra-burning stories and the Summer of Love, it began and remains an industry dominated by white men.

However, these billions are not being left on the table blindly. The investment community that decides who receives growth funding and who does not believe they are making rational decisions. They are investing in paradigms that have been empirically successful, and why wouldn’t they? Where are the female success stories?

We are lucky that amazing organizations like Hackbright, Girls Who Code and GoldieBlox exist to help women and girls break into leadership roles, but the fact that they have to is a strong indicator that there’s a problem. We’re not talking about aid for the poor or vulnerable here. We’re talking about middle-class, educated women from the world’s best universities needing specialized programmes to “help them” compete on the same level as men.

There’s been resistance in the Valley to the idea that the system has inherent bias, and recent comments by Paul Graham of YC are indicative of this mentality. Graham pointed upstream to our schools, claiming there were simply no women with potential to invest in because the “hacker” mentality was not being fostered at an early age.

He also fell into the confirmation bias, intimating that if investors had been “missing out” by not investing in women that they would know about it—that YC would have seen successful female leaders emerging elsewhere, but hadn’t.

We call bullshit on both counts.

Shambhavi is a hacker; born and bred. In school she had a monopoly on the science section of the school library and irritated her parents by spending her evenings dismantling their remote controls and radios. She was always going to be an engineer, and she had an education that allowed her to become one. Just like the rest of the techy girls out there, she’s not an “upstream” victim and didn’t miss out on being a “hacker” because she was female . She even brought Wi-Fi to the International Space Station when she was at Boeing.

And as for Paul Graham’s idea that “we’d know if we were missing out on women,” it’s difficult to be the blow-out success story if no one’s ever invested in you. Founders raise money to grow their businesses and if you can’t raise money, your business is not going to grow.

The entire value proposition of venture capital is based on this hypothesis. We have proof in leaders like Sheryl Sandberg, Marissa Mayer, and Diane Greene that there are amazingly intelligent, ambitious women out there who can be vastly successful. It’s just a shame that if any of them had gone into a pitch session when they were younger, they’d likely have been ignored.

Zuckerberg, Spiegel, and Houston embody a stereotype of hoodied, baggy-jean-wearing entrepreneurs that the media and Hollywood have made the portrait of success in Silicon Valley.

And this is what investors are levelling their harpoons at. If you wanted to list the things that make it difficult for women in tech you could do a lot worse than starting with the infamous Zuckerbergian hoodie.

As an item of clothing it seems innocuous, but it drew a line in the investment sand that a woman cannot cross. The success of Facebook and our image of the the iconic, hoodied tech billionaire has changed the perspective on engineer-entrepreneurs. They used to be dorks; now they’re the aspirational anti-heroes of Blockbuster Hollywood movies.

Unfortunately, we haven’t crossed the same barrier in terms of how we view women.

Successful women don’t wear hoodies, they don’t have pasty skin and baggy jeans. Successful women look beautiful; they have a snappy dress sense and poise. Even Marissa Mayer, the CEO of Yahoo and one of the most powerful women in tech, will pose for Vogue in an Oscar de la Renta dress. There is no iconoclastic image of female success which compares to that hoodie, which makes it incredibly difficult for women to break through and operate within those same channels. When we see women in tech they are either dressed up like fashion plates, or dressed up like dragons.

We already mentioned Marissa Mayer’s Vogue cover shoot; what we didn’t talk about was Sheryl Sandberg appearing on the cover of Time magazine.

Instead of celebrating her success we had to be told, in huge type that covered the page: “Don’t hate her because she’s successful.” The issue of female representation amongst entrepreneurs and engineers is top of the agenda, but there’s a consistent negative spin. Headlines represent women as the overlooked victims of more trivial biases; objects being ogled on brogrammer apps like Titstare rather than future leaders and a source of opportunities.

Most of the articles written on this topic today are more focused on hiring conversations turning into awkward come-ons, or being judged by VCs on the quality of their make-up, rather than what they’ve built or why they’re going to be successful. Seriously, when’s the last time we got an article on power haircuts for men?

There’s no males-only cigar smoking private members club where bigwigs in Silicon Valley get together to marginalize women. The problem here is insidious precisely because it has been a subtle progression — like the forming of a river valley. It has taken place over decades rather than years.

Imagine the first success stories of Silicon Valley — William Hewlett, David Packard, Bell Labs — were the first big streams cutting a new path down a hillside. Companies like Fairchild semiconductor broke off in rivulets and formed their own tributaries, and allowed Venture Capital firms to move in and fund the first consumer tech companies — like Apple — in the ’80s. All the time these new rivers were forming they laid down sediment — an idea of what success looked like. This has traditionally been male led, and the successes have been male ones. Obviously our own Silicon Valley has matured, and now has more diverse industries and a more diverse roster of leaders, but its heritage has been overwhelmingly male, and the way we comprehend this through movies and the media reflects this, helping us believe that success here is equated with a small group of eccentric white men.

Silicon Valley prides itself on fostering a risk-taking culture of innovation, and promoting meritocracy. In reality, though, it has been the technology itself — rather than the culture — that has been innovative. Investors and advisors have spent just as much time fulfilling and entrenching stereotypes as they have supporting technological advances, and our meritocracy extends little further than finding the smartest white male ‘hacker’ to bet on.

Both of us have been lucky in having great role models around us who have shown us we can be anything we want to be. We’ve had male and female investors who set aside traditional notions of what founders should look like because they saw potential in our vision rather than our hairstyles.

Silicon Valley needs more of these people. There are untapped billions to be made by people who recognize the achievements of existing female entrepreneurs (Julia Hu at Lark or Leah Busque of Taskrabbit) and see the huge revenue opportunity in finding and funding the next Marissa Mayer or Sheryl Sandberg before they start demanding multi-million-dollar paychecks.

These people exist, but they’re only a tiny percentage of founders who receive investment right now. It shouldn’t be too difficult to see that there’s huge untapped potential.

Investors: Next time you’re being pitched by a female founder, or find yourself sizing up a potential investment, you’re probably going to ask yourself what this woman is worth. Remember that your job is to make educated risks that have the maximum upside, and not to judge her using other people’s dogma. Those gender stereotypes are the ones that help other people marginalize potential, and you should be looking at things differently; you should be further ahead of the curve than them. Right now, this woman has a lot more value than Silicon Valley currently lets her create, and you represent the opportunity to unlock that value.

And for all the other female founders, look for people who share your passion and vision. If you find yourself up in front of a VC looking for the next hoodied instafacechat ZuckerSpiegel, don’t try to convince them that’s you, but do make a mental note to email them when your company goes public.

This article originally appeared on Medium and was reposted with permission. Kim Gordon is the CEO of depict, on the board of Recess Art, and is a semi-professional philosopher. Shambhavi Kadam is depict’s Head of Product. Kadam helped Boeing bring wifi into Space and knows way too much about Batman.

Photo via jdlasica/Flickr (CC BY 2.0)