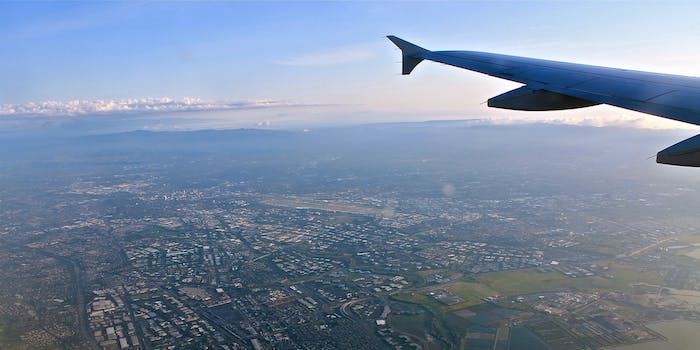 What does San Francisco's growing cultural divide mean for the rest of us?

It doesn’t take a social microscope to see that Silicon Valley—San Francisco in particular—is in the middle of a cultural upheaval. As the massive influx of tech industry employees continues to gentrify the Bay Area, city natives have taken to protesting the very existence of their city’s proudest industry due to soaring rent and cost of living expenses. When a woman had her Google Glass snatched right off her face (as well as her purse and wallet stolen while pursuing the thief), city residents were quicker to blame her, citing the punk bar she was in during the incident isn’t really “Google Glass country.”

On the other side of this class barricade, techies haven’t exactly been well-intentioned victims. Outrage spread through San Francisco when AngelHack CEO Greg Gopman posted a blisteringly tonedeaf rant on Facebook, ordering “crazy, homeless, drug dealers, dropouts, and trash” to pack up and leave “the civilized part of town.” Some of the tech industry is so disgusted by the rest of San Francisco, in fact, they’ve publically (and seriously) suggested seceding from the United States or even building their own private island nation.

Although this may seem like a local interest story—like the downturn of Detroit or the rise of gas fields in North Dakota—the tech boom in California has far-reaching repercussions for the entire economy, threatening to change the very structure of our class system.

Numbers recently released by the Bureau of Labor Statistics paint a dismal picture for those of us not blessed with tech-savvy entrepreneurship. Over the past 50 years, working class manufacturing jobs, including construction and transportation, have fallen from half the workforce to a fifth. Service jobs—everything from baristas to call centers to fast food workers—now make up over half the jobs in the US. These trends show no sign of stopping.

But high-end jobs, dubbed the “creative class,” have risen from a mere 15 percent to nearly a third of the workforce. Don’t let that moniker fool you: Win Butler of Arcade Fire is in the creative class as much as Elon Musk or Jamie Dimon. Of these three groups, the creative class will see the largest growth in employment over the next decade, and not just in California: Midwest and Southern metropolitan areas are due for the largest episodes of growth.

So more rich people is good news, right? Ask San Francisco, Brooklyn, or Washington D.C. Wherever the economy is currently striving the most, the inequality is greater. According to a recent study by the Brookings Institution, nearly all of America’s major cities have seen greater wage inequality since 2007. The worst offenders are San Francisco and Atlanta, where the top 5 percent of earners make over 15 times what the bottom 20 percent earn. In more modest urban economies, like Oklahoma City and Raleigh, that ratio falls to the top 5 percent earning a modest-by-comparison 8 times what the bottom 20 percent earn.

The rest of the story is what we see in San Francisco, where the median rent is well above $3,000. In Brooklyn, which is undergoing a tech revolution of its own, median rent has risen to $2,800 since 2012. That’s a 10 percent increase in just two years, an astonishing figure for a city whose wages can’t even keep up with inflation.

But what really separates the tech boom from previous industrial growth spurts is not only how much wealth is being earned, but precisely how little of it is creating those service class or working class jobs our country has thrived on since World War II. To give an example, WhatsApp, the messaging service recently purchased by Facebook for a staggering $19 billion, has only 55 employees. If we take Facebook’s purchase price as a valuation, that’s $345 million per employee. In comparison, Sony is worth $17.6 billion yet employs 146,300 people, coming in at a relatively paltry $120,300 per employee.

What these numbers mean is that, as the workforce becomes more digitized and more automated, even larger portions of wealth will continue to be distributed to even fewer people. Since 1979, the top 1 percent of income earners in the U.S. have seen an incredible 275 percent growth in their wages, compared to a modest 40 percent growth for the middle 60 percent of income earners. As Robert Reich, an economist and former secretary of labor for the Clinton administration, put it, “our economy cannot generate enough demand to sustain itself, and our society cannot maintain enough cohesion to keep us together.”

An economy based on a digital sphere may not be all that bad. As MIT professors Andrew McAfee and Erik Brynjolffson have written in their new book, The Second Machine Age, the sorts of jobs taken by Silicon Valley innovations mean even those of us at or near the bottom may be able to spend more time doing fulfilling work or even pursuing creative tasks like writing poetry or making music.

While the economy envisioned by McAfee and Brynjolffson is one where a rising tide lifts all boats, however, that is not the path San Franciscans (and the country in general) are seeing today. Instead, we’re faced with the likely offer of sweeping the floors or answering the calls of an even more privileged elite than we have now. Hardly the electric dreams the Valley sold us in the ’90s.

And like a much-beloved parasite, the tech boom will likely spread. As the BLS numbers showed, the creative class will soon start popping up in huge numbers across the country. Even small, struggling cities actively campaign for tech companies and startups to have their genesis on their street (luring them with tax breaks and subsidies). It’s a constant race to be the “Next Silicon Valley,” a title given to dozens of cities from Detroit and Austin to Bangalore and Santiago.

And what for? For an era when an undereducated poor are stuck on the subway while the demigods of technology ride in self-driving cars? For elitist CEOs to tell us where we can live in our own city? The onslaught of handsomely paid engineers and coders upon San Francisco was supposed to be the next great era of a city most people still associate with Haight-Ashbury. Instead, we’re witnessing what could be the first in a wave of cities that has fallen under the trance of Silicon Valley’s “hipness”—only to be left used, abused, and far worse off for it.