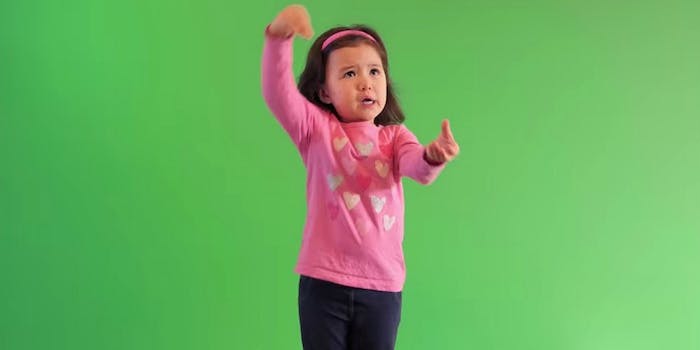 Should have cast her in 'Wall Street: Money Never Sleeps.'

The Shia LaBeouf “JUST DO IT” rant predictably transformed into a meme—which, of course, is exactly what the actor wanted—and we’ve since seen his outburst inspire the Chicago Bears during picture day as well as provide motivation to the Avengers and a few Star Wars characters.

Like the little girl says: “Nothing is impossible.” Even getting a toddler to memorize a speech (with some awfully big grown-up words) and put on an even better performance than the guy who may have—eh, let’s say definitely—ruined the Indiana Jones franchise.