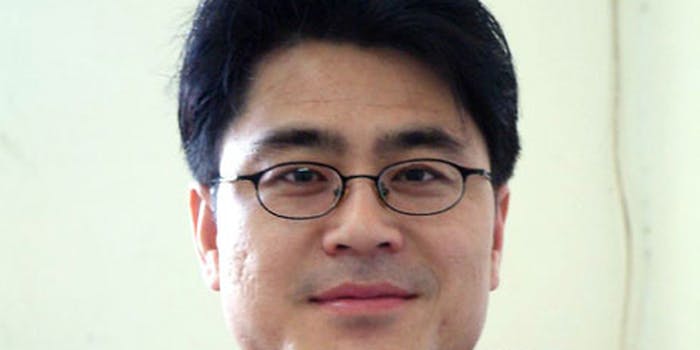 If you’d like to write and congratulate Shi Tao, just make sure you don’t use Yahoo Mail.

Chinese journalist and poet Shi Tao was released from prison 18 months earlier than his 10-year sentence allowed. If you’d like to write and congratulate him, just make sure you don’t use Yahoo Mail.

In 2004, Tao anonymously posted a description of a memo he had received to an overseas pro-democracy website. He had received the memo, known as “Number 11 document” and titled “A notice concerning the work for maintaining stability,” from government authorities in charge of overseeing journalists and the media. It directed reporters to ignore the upcoming anniversary of the Tiananmen Square massacre.

The problem, it turned out, was less that he had shared the thing, and more that he had used Yahoo Mail to do so.

You see, security officials directed Yahoo’s representatives in China to turn over all information, including copies of the correspondence, belonging, it turned out, to Shi. Yahoo did not ask why, much less require the officials to produce a correct subpoena. Perhaps it was because they did not care about their users, perhaps it was to curry favor with the regime. For whatever reason, Yahoo gave the Chinese officials everything they needed to sentence Shi to prison for ten years. Without the cooperation of Yahoo, the government may never have identified the person who posted the memo.

In April of 2005, Shi was sentenced to 10 years in prison for sharing a memo because Yahoo couldn’t be bothered to show some backbone. After two years, he developed respiratory, skin, heart and digestive problems. He was transferred from Chishan Prison, where he had been forced to do hard labor, to Deshan Prison, where he was allowed to work in the machine shop.

In 2007, then CEO Jerry Yang and General Counsel Michael Callahan were called before a U.S. House of Representatives panel investigating Yahoo’s actions and told by Rep. Tom Lantos, “While technologically and financially you are giants, morally you are pygmies.” Lantos, a Holocaust survivor and fierce opponent of any species of tyranny, then shamed Yang and Callahan into apologizing for their actions to Shi’s mother, who was also attending the hearing.

Yahoo was widely condemned for rolling over so enthusiastically for the Chinese government. Additional hearings were held, including investigations of the roles American tech companies played in that and other instances of silencing dissident voices. Witnesses who testified included Rebecca MacKinnon, co-founder of Global Voices Online, whose book, “Consent of the Governed,” is a lengthy discussion of that topic, one inspired in part by Yahoo’s actions.

Also that year, in November, Shi settled out of court with Yahoo, whom he blamed for assisting the Chinese security forces in arresting dissident writers, himself included.

While in jail, Shi won the Committee to Protect Jounalists ’CPJ International Press Freedom Award, the Vasyl Stus Award, and the World Association of Newspapers’ Golden Pen of Freedom Award.

Since his release on September 5, Shi has lived with his mother in the city of Yingchuan in Ningxia province. The same woman Yahoo’s leadership had been forced to bow to eight years before.