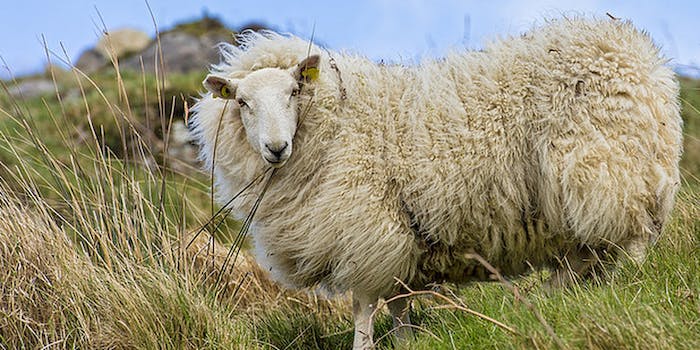 Ewe don't know who you're messing with.

Perhaps you, too, have gotten inebriated and considered playing with a farm animal. Maybe you also forced it to walk along underneath you as you staggered around laughing. But even then, you probably quit while you were ahead.

Remember that John Jeremiah Sullivan essay about the war brewing between man and beast, which perplexingly ended with him admitting he made up one of the experts quoted? Well, this video could have spared him the effort.

When will people learn that sheep aren’t the docile, domesticated creatures that conspiracy nuts make them out to be? They’re basically just shaggy goats.