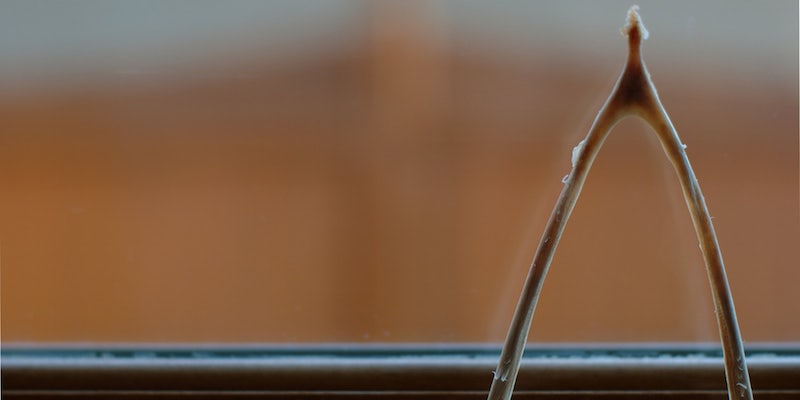 BY SAUL OF HEARTS

A recent article by Moises Naim in The Atlantic makes a pretty striking claim: “Most People in the World Have No Idea How to Manage Their Money.” It cites a study in which only 30 percent of Americans were able to correctly answer three basic questions about investing and finances.

Even if you manage to get all three of them right, there’s no guarantee that you’re in the clear. I’m still crawling my way out of student loan debt, and years away from applying any insights into “investing” that I may have learned along the way.

The implications of the study are obvious: A society that revolves around a skill that not everyone can learn is not a fair and equitable society. Some of us are simply bad at math. Others may have the required computational skills, but have never been trained to apply them to our financial lives.

“Financial ignorance,” writes Naim, “is widespread even as the world has changed in ways that make such ignorance more dangerous than ever before.”

Money is unique in this regard. You don’t need to be good at yoga to hire a yoga instructor. You don’t pay your guitar teacher by playing him music. But to hire a financial coach, or an accountant, or investment counselor, you’re expected to pay them in the very same currency you need their help acquiring.

It’s as though society were structured in such a way that the only way to keep track of your personal finances were to understand and apply the rules of chess. Instead of “balancing your checkbook,” you’d be expected to “balance your chessboard”. Even if chess were merely the “currency” by which we measured other skills — say, a full day’s work earned you a certain number of moves — there are bound to be people who simply cannot translate their talents in other fields onto the chessboard.

That’s exactly what we expect people to do with money. People whose talents drive them toward more creative industries face the same mathematics as analytical thinkers. The struggling artist or entrepreneur is running in the same race as the accountant whose work teaches him more and more about finances each day.

“For a large and fast-growing number of people,” writes Naim, “personal bankruptcy is just one bad decision away.”

Making a living is not intuitive for many people. It requires a complex mix of negotiation, labor, and money management. We face corrupt banking executives, astronomical interest rates, and pay gaps based on race and gender. The odds are not in our favor.

And yet, money shouldn’t be so hard to wrap our heads around. Human beings are reciprocal creatures. We evolved to buy and sell, to trade and barter. We know, instinctively, when we’re being cheated, and when we owe someone a favor.

By all accounts, money should come easy to us. Why doesn’t it?

Maybe it’s because we’ve divorced money from the very problems that it was meant to solve. We’ve turned person-to-person exchange into mathematical equations. Finance has become an abstraction, a complex system that we can’t even picture.

In his book Debt, David Graeber writes about a rural Nigerian society that revolved around “’an endless circle of gifts to which no one ever handed over the precise value of the object last received’—and in doing so, they were continually creating their society.”

It’s a romantic notion, and one that may not be practical in a globalized world. But many communities are taking steps in that direction, with growing involvement in peer-to-peer marketplaces, time banks, and the Sharing Economy — the one-on-one interactions that actually create and sustain society.

For some people — especially those who share my distrust of big banks and corporations — exchanging money for goods and services through sites like Airbnb is a contradiction in terms. It’s no different from starting a small business and turning a profit on clients.

“It’s not sharing,” they say, “if you’re asking for something in return.”

But it seems to me that they’re stuck on the idea of money as a tool for exploitation, and fail to see its potential as a system of exchange. They’re focused on the parties who have hijacked the concept of money, and not on other kinds of interactions it can facilitate.

Money enables us to share beyond our immediate social circle. It allows us to build alliances with people whom we wouldn’t otherwise interact with. It can be a stand-in for reputation when that information isn’t immediately available — a way of ensuring a mutual degree of commitment to an exchange.

Personally, I’m terrible at managing numbers on a spreadsheet. I’ll never get rich by investing in the stock market or selling products online. But I’m great at interacting with people. I’m good at welcoming guests into my home, offering a service, negotiating a fair price for the use of my vehicle or some other item.

That’s money I can understand, integrated into my day-to-day life and community. It’s a language I speak, a transaction which I can then turn around and continue elsewhere. I can use the money I’ve been paid for my RelayRides rental to hire a TaskRabbit to promote my e-book, who can then use that money to spend a night with an Airbnb host while paying a sitter on DogVacay to watch her dog…and so on.

An idealistic notion? Maybe. There’s no denying that some people abuse these services to make a profit, and that some companies take advantage of eager participants.

But money itself is not a bad thing. Currency gives us the opportunity to buy, sell, and trade within our communities and beyond. We should celebrate that fact, not be ashamed of it. Our goal shouldn’t be to remove money from all exchanges, but to insist that currency be directly proportional to the goods and services involved. Money, at its best, is about give-and-take, not about “debts,” “savings,” and “investments.”

Reclaiming the concept of money will take some time, and it’s true that the steps these sites are taking are not quite there yet. But they serve the important purpose of facilitating transactions in ways that our primate brains are well-equipped to handle, and that, in itself, is a welcome development.

Saul is a writer, videographer, and all-around freelancer based in Portland, OR. Since graduating from film school, he’s explored intentional communities and Burning Man theme camps, and tried out dozens of sites in the Sharing Economy. This piece was originally posted on the author’s blog and on Medium.

Photo via k.landerolm/Flickr (CC BY 2.0)