He fell hard, and it was spectacular.

If a tree falls in a forest and no one is around to hear it, it may or may not make a sound. There’s no way of knowing for sure.

But when a 7’1″ NBA legend takes a tumble on a nationally televised halftime show watched by millions, the sound and hilarity it creates become very hard to deny.

In this clip from Wednesday night’s NBA on TNT, an off-screen Shaquille O’Neal inexplicably falls face-first onto the floor from a raised platform, his feet entangled in wires. It was so bizarre and unexpected—one of his shoes even came off!—that O’Neal immediately (and jokingly) came to the conclusion that his co-host tied the equipment around his leg when he wasn’t looking.

It really doesn’t add up. How does this happen? 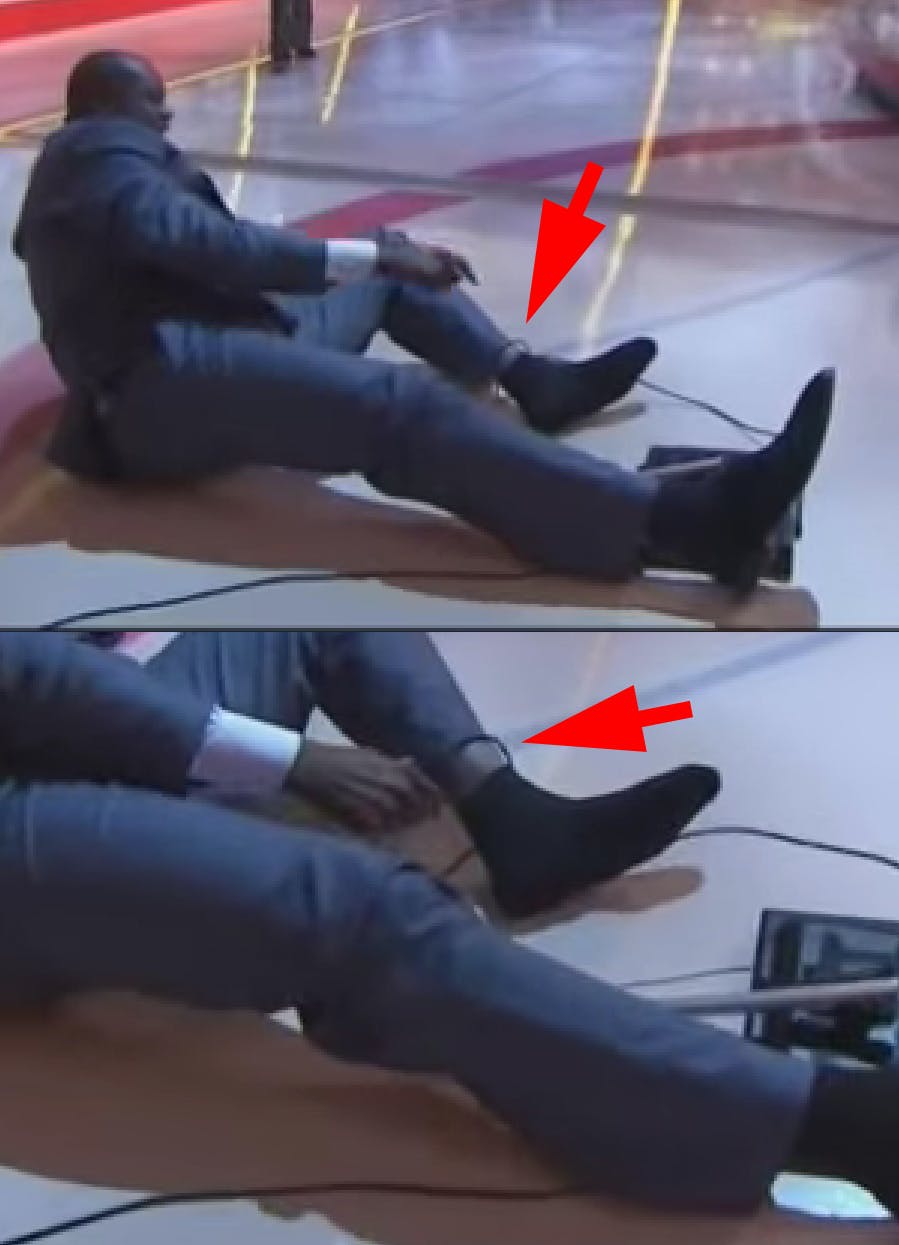 The wire entwined around his leg appears to be from a microphone setup, which sort of makes sense, but how it got attached to a monitor is certainly a head-scratcher.

O’Neal took a hard hit in a way only a 325-pound retired pro athlete can—like a champ. He even went on Twitter and started a contest.

Whoever makes me the best meme of me bustin my ass (like this one) wins $500 cash. Go. #shaqtinafall pic.twitter.com/3skU2UUUWj

You heard the man. Get crackin’!