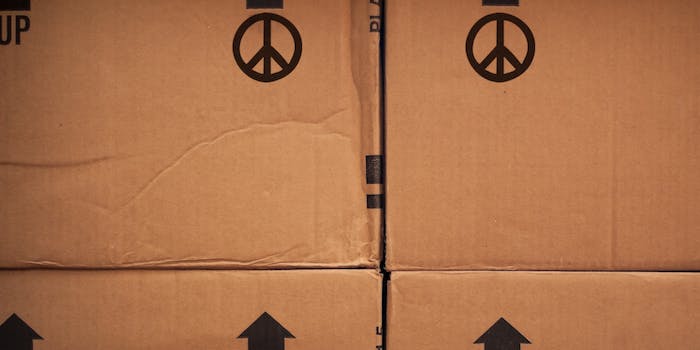 Seahawks fan bets his entire company on a football game

He might be taking this 12th Man thing a little far.

Mike Hanson is the kind of gambling sports fan with almost nothing left to lose.

So he’s betting the bank: If his beloved Seattle Seahawks don’t beat the San Francisco 49ers in their second meeting this season on Dec. 8, he’s willing to hand his business’s identity to Craigslist founder Craig Newmark.

It’s not exactly out of nowhere, as Hanson’s moving company is called Craigstruck. It’s pretty clearly a reference to Newmark’s much more established, San Francisco-based business: Not only is Mike a different name from Craig, but the Craigstruck website points out that the company is great for “Local Craigslist® and Retail Delivery.”

Craigslist has taken note and filed suit. “They’re suing me for trademark infringement, I guess understandably,” he says in a new YouTube video. So he, as a risk-taking entrepreneur, wants to put it to a bet directed at Newmark and Craigslist CEO Jim Buckmaster: Whoever wins the game also wins the lawsuit.

Under the conditions of the bet, if the Seahawks win, Hanson gets to keep his company’s name and get a free dinner in San Francisco. If they lose, he gives up all Craigstruck intellectual property, websites, and names, though he’ll keep the actual company.

It’s a pretty good bet for Hanson. He probably has a better chance on the field than in the courtroom.