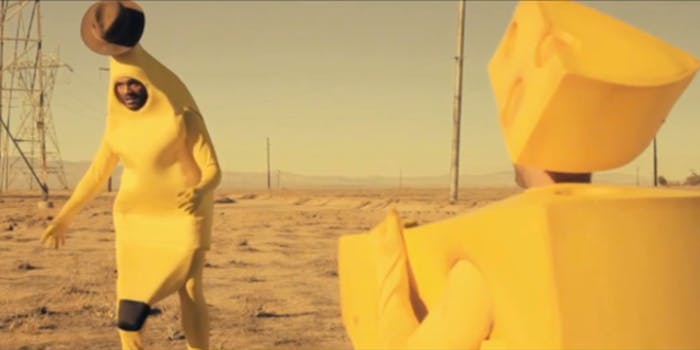 What's in the box? Mmm pineapple.

When you think of the movie Se7en, what’s the first thing you think of? There are several unsettling scenes, but the most iconic is the “what’s in the box” scene, which has been parodied several times in the last 20 years.

Comedy troupe Dos Padres have been doing a series of “ReenSnackments,” of popular movie scenes, dressed as snacks. They’ve already done The Usual Suspects, and now they’re on the trail of another Kevin Spacey creepfest: Se7en.

Amazingly, the reenactment of the scene with Morgan Freeman (played by an actor dressed as a banana), Brad Pitt (a tomato), and Kevin Spacey (a block of cheese) is still just as chilling as the original.

Kevin Spacey’s character in Se7en sure has a lot in common with House of Cards’ Frank Underwood. Someone get on a mashup, quick.