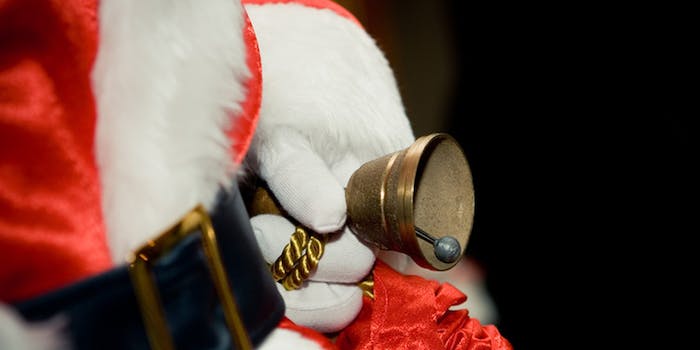 You know, we’ve got a great thing going here: One night a year we collectively agree to put out refreshments for a man who travels around the world to hand out presents, feed his reindeer, and even track where he’s gone on the news and mobile apps. But some parents are going even further to preserve the magic of Christmas for their children.

One Scottish boy’s parents went all out. They ate the mince pies and drank the beer left next to the tree. The presents were all out. And they risked an insect infestation by creating Santa footprints with sugar to make it look like the big man himself walked through the house.

The effect is instantaneous. The kid is floored, and ideally he’ll remember to continue the sweet tradition.

You’d think, with the ability to visit millions of houses on Christmas Eve, that he’d also be able to clean his boots of the North Pole’s magical snow, but considering what we get I guess we can’t really complain.