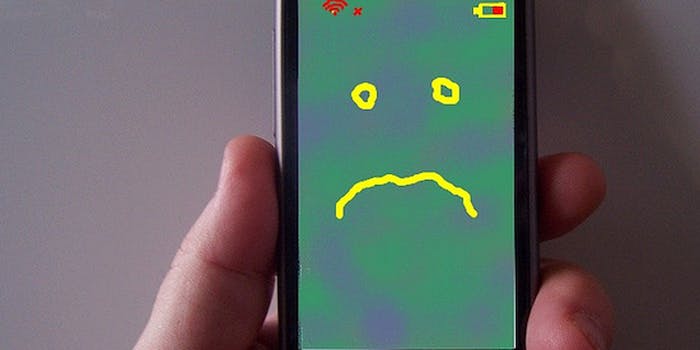 There's a lesson somewhere in all this.

Sometimes, technology makes our world better. Other times, it just makes everything so much worse. In a troublesome example of the latter, the parents of 717 students at John Adams Elementary School in Corona, Calif., recently suffered a collective near-heart attack after receiving an automated phone message saying that their child was missing from class.

“I was scared to death,” said Angel Lomeli, who has four kids at the school and “received a separate call about each,” the Press Enterprise reported. Shane Reichardt, who fled a Banning City Council meeting when he heard that his son Drew was unaccounted for, described the eight minutes between the robocall and its retraction as the longest of his life.

Evita Tapia-Gonzalez, spokeswoman for the Corona-Norco Unified School District, blamed the incident on “human error coupled with technology error.” The calls were made through a system called Blackboard Messaging that has “an option to send messages to a filtered group,” Tapia-Gonzalez said. “This one was sent to all parents.”

In an emailed apology, Tapia-Gonzalez said that John Adams Elementary “has developed a process that provides additional layers of review before messages are sent to parents.”

Apparently the process of having school officials personally call parents of missing children is too archaic for twenty-first-century educational institutions.