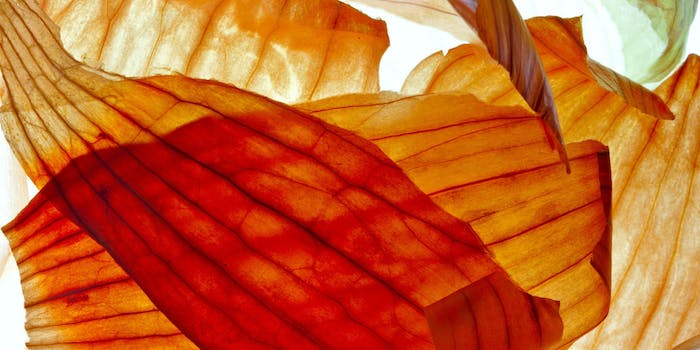 Is it too late to save Tor?

To survive, it's time for Tor to define itself.

If you’ve heard of the Deep Web—or the most popular tool for browsing it, Tor—at all, it was likely in a criminal context. The Deep Web, merely a term for all unindexed websites (meaning anything a search engine can’t find), is absolutely massive. In fact, 99 percent of the Internet could be said to be part of the Deep Web—from private websites to university intranets.

But the delineation also most famous for harboring very seedy—occasionally outright morally unbearable—online communities. From the rise of online drug markets like Agora and Evolution to the trading of credit card numbers and leaked celebrity nudes, the Deep Web only grabs headlines when the illegal efforts it conceals are dragged into the light.

Though unfair to the widespread positive uses of Tor and Deep Web resources, this reputation can create a cycle of criminal participation. While many defenders of Tor cite the numerous positive uses of Deep Web activities and the nature of online encryption Tor provides even on the traditional Internet, the media narrative of Tor-is-for-criminals may actually be driving outlaws to it, making the Deep Web a de facto criminal hangout.

Unless Deep Web denizens find a way to minimize the criminal element amongst them—or at least maximize the societal benefit they promise—this unveiled bastion of privacy could become a squalid Sodom for the digital age.

Let us set the record straight: Tor is a tool used by criminals to hide illegal activities on the Deep Web. Cars, too, are a tool often used by criminals, but that doesn’t mean that is how we define a car (at least not since the 1920s). Business Insider found itself in the center of a nerd rage cyclone when it called Tor “The Web Browser For Criminals” in a headline last week, and rightfully so. We wouldn’t call a gun “The Weapon For Criminals” despite its status as the most popular weapon amongst criminals.

That said, it is undeniable the Deep Web hosts some extremely disturbing and illegal content. The Justice Department released a report last May indicating over 50,000 individuals in the U.S. alone are trading child pornography over the Deep Web at any given instant.

While much has been made of online drug markets like the late Silk Road, newcomers are profiting in more nefarious contraband. Some of the most popular items on the burgeoning Evolution market, a Deep Web startup, are untraceable firearms. Up to 10 percent of the items sold on Evolution are stolen credit card numbers.

It’s figures like these that besmirch an otherwise useful tool for avoiding a wide variety of surveillance. When your data is quite literally driving the global economy, it makes sense regular Internet users would want to be left unseen by the eyes of big corporations, big government, or even cyberbullies and abusive partners.

Little of that narrative matters, however, because the crime statistics don’t just make for a better story—they’re nearly the only story to tell about a service that inherently anonymizes its users.

This is a known danger to Tor’s developers. As an anonymous source within Tor told The Daily Dot’s own Patrick O’Neill, “We do care [about Tor’s image], that’s why we help people in the real world, but in order to help people we can’t tell people, so we get bad press but the bad press is worth it to protect these people.”

In fact, the most high-profile figure tied to Tor is Edward Snowden, who used the browser to securely pass on his leaked NSA files to journalists so they could report on the exact type of surveillance many innocent Tor users are hoping to avoid. Outside of Snowden, the only names it’s possible to put in a lede are drug dealers and fraudsters.

The same holds true for Bitcoin, an anonymized tool more often used by the benevolent than the villainous. But authorities—and, therefore, the press—only care to work on who is doing the damage. Too often, and especially on complex issues online, much of the press merely waits for police and FBI press conferences to build a narrative which will inherently be built around crime and punishment. Compare the drastically underreported charity drives created by Bitcoin miners to the cryptocurrency’s involvement with since-defunct online drug market Silk Road.

On top of what already is a hostile press environment for both Bitcoin and the Deep Web comes the news Spike TV is in development on a serial crime drama surrounding the criminal endeavors that have taken advantage of both. Combine that with a coming feature film on the fall of Silk Road. and one could be forgiven for seeing no easy fixes for Tor’s reputation as a browser.

Indeed, Silk Road—which celebrates the first anniversary of its downfall this week—is emblematic of the problems Tor faces. Quickly becoming the largest online drug market in history with over $1.2 billion in revenue, Silk Road profited from the network of anonymity which protected its users and its alleged founder Ross Ulbricht, aka The Dread Pirate Roberts.

Because of the high-profile FBI raid, Silk Road quickly became the biggest story associated with Tor. Because the anonymous browser now had a name, face, and a juicy scandal associated with it, its less-scrutinized if more popular users are pushed aside.

The nameless nature of most Deep Web activity creates a cycle harmful to Tor as a community. The Deep Web hosts content both ghastly and not (just like the regular Internet), but only criminal activities rise to the surface, likely alluring more criminals to it. Because of this perception, the Deep Web is in danger of appearing like Manhattan in the Kevin Costner sci-fi classic Escape From New York: so overrun by criminals it becomes a place only for criminals.

This is not all to say, however, that Tor is outright doomed. The Deep Web is still an invaluable communication and research tool, featuring the catalogued databases of such academic hallows as NASA, JSTOR, and the Smithsonian. This is, weirdly, the least-discussed resource the Deep Web provides. Pushing that narrative above the often controversial discussion surrounding privacy rights and surveillance could solidify Tor in the public image as more than a criminal tool.

Tor and the Deep Web are not unique amongst technologies in this need to escape the stink of a criminal element in order to attain legitimacy. The Internet as a whole started from a combination of little-understood academic uses and widely over-reported dangers, with the evening news as well as Hollywood sensationalizing the Internet as merely a tool for stalkers, hackers, and pedophiles.

But much like the Internet in its infancy, Tor desperately needs to define itself to the general public or risk being forcibly defined by its worst elements. There exists a real and deplorable underground trafficking in some of the worst types of contraband one could imagine. But because non-criminal Tor users and dwellers of the Deep Web need the same the same scrutiny they’re attempting to avoid, they may find their new frontier fenced in by their most decrepit neighbors.

Photo via jariceii/Flickr (CC BY 2.0)