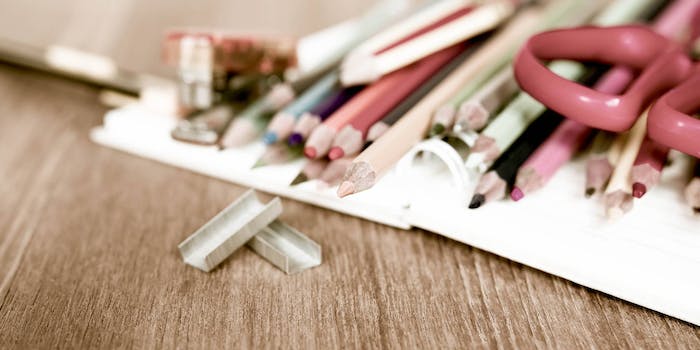 It happens like clockwork: Some holiday or other comes up. A child finds themselves face to face with arts and crafts supplies—and delivers shockingly offensive gold. Thanks to the antiquated act of letter-writing, the internet is continually blessed with childlike wonderment.

The kid behind this card is “bald man” redditor TheToolMan’s niece. The two have taken to sending each other humorous cards, but nothing could quite prepare this dude for the receding hairline jab he just received, which included a stick figure drawing and a glorified Valentine’s Day poem.

TheToolMan isn’t the only dude out there getting roasted by an artistic child. A quick perusal of Imgur brings up consistent fire in the Unfortunate Cards Department, with perhaps the most prominent subgenre being the Soldier Card. Youngsters have been penning well-wishes to active duty military personnel for years. Being that war is a complex concept even for adults, the messages don’t always have their intended impact.

One of my buddies in the Marines got this Christmas card from a kid.

Veterans aren’t exempt either. This card came from a kid straight to an elderly war hero at a VA hospital, who can assure you (and that child) that they definitely are not dead.

My friend works at a VA Hospital. A vet shared this amazing Vets Day Card he got.

Death is pretty scary, even when satirized. Perhaps birthdays fare better in the eyes of a child?

I don’t know if this is a birthday card or plans for an Imperial Ambush.

Oh. Unless mom and dad are big goth rock fans (what up, Birthday Massacre?), this card probably isn’t the most festive thing in the world.

Props to the Star Wars aesthetic turning a simple celebration into a galactic war. At least you’re not getting killed, though the threat is certainly real as hell when it comes to Valentine’s Day.

This kid has already mastered the art of Mafia intimidation techniques

Admittedly, kids are pretty brutal. Their existence is shaped through discovery by way of destruction, ingesting things that they shouldn’t, escaping to unknown lands on a journey that puts them front and center of harm’s way. Even the most un-woke of little ones have a base understanding of how rough the world can be.

That’s why they want to commend you for bustin’ a nut and/or poppin’ one out. Fatherhood—nay, parenthood—takes a whole lot of balls. It certainly takes a village to raise a child, though.

And that includes reading buddies as well as the real MVP of childhoods everywhere: pizza. The perfect food apparently takes precedent over actual parents, even on the most sacred of maternal celebrations: Mother’s Day. Kids may excel at flexing their creative muscles to comical extremes, but there’s nothing like the simplicity of a slice or this straightforward plea for a whole pie.