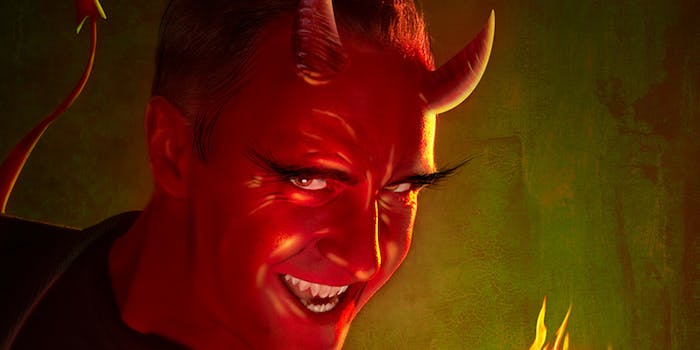 Items on Craigslist can have all sorts of interesting former owners. Take, for example, a house “owned” by Breaking Bad character Walter White. Or how about an engagement ring that was previously worn by none other than Satan, the Prince of Darkness?

Or should we say “princess”?

On Dec. 4, a man posted an ad selling an engagement ring to the Scranton, Pennsylvania, Craigslist. With no bitterness or hostility at all, the poster described the ring’s various specifications, like its $1,800 asking price, its 1.5 carat weight—and the fact that it was “only worn for a short period of time by Satan herself.” 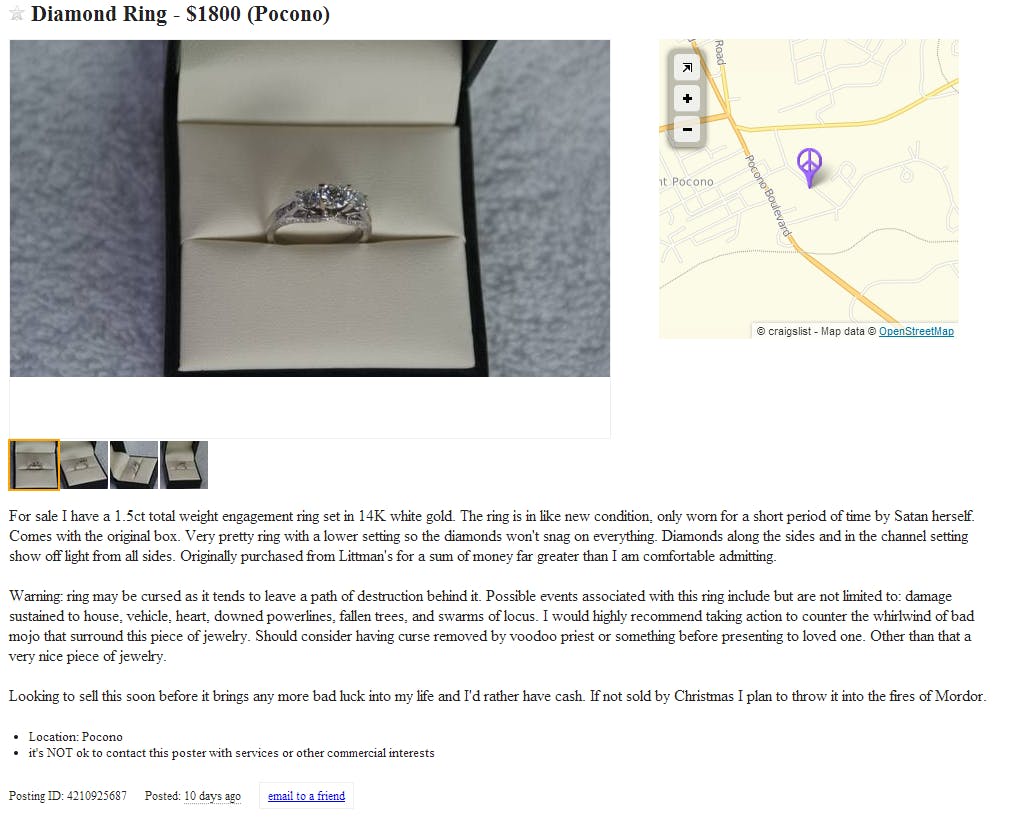 It’s stunning to look at, but buyer beware! The poster assumes no responsibility if the ring rains “swarms of locusts” upon you and recommends having its curse removed by a “voodoo priest or something.”

Act fast, though. According to the ad, “if not sold by Christmas I plan to throw it into the fires of Mordor.”

Good luck with that. We’re told you can’t just walk in.