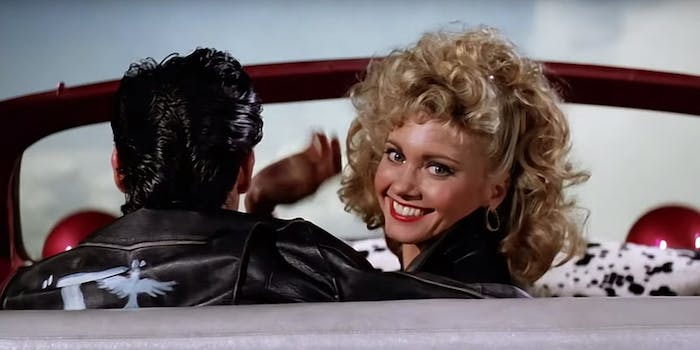 To be fair, it is a weird ending.

If there’s one thing we’ve learned from Buffy the Vampire Slayer, it’s that life isn’t all about punching monsters. You really need to hit the library if you’re gonna accomplish anything.

It’s a lesson Sarah Michelle Gellar seems to have taken to heart. At the very least, she’s keeping her brain active exploring theories about the movie Grease.

So basically Sandy didn’t “nearly” drown. Sandy really and truly did drown while Danny was showing off “splashing around.” Who knows, maybe they both drowned. That’s why they fly off together in the final scene.

Gellar seems to have come across a fan theory that was originally proposed on Reddit by user Atomicbolt three years ago.

And admittedly it does explain 30 seconds of very confusing cinema.

Now we just need SMG to weigh in on whether her character was, metaphorically speaking, a slice of cheese.