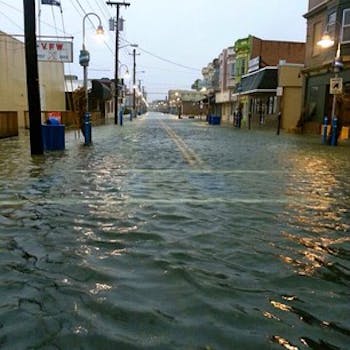 Hurricane Sandy was a big step forward for Instagram as a citizen journalism platform, but it still has a long way to go.

Instagram told the tale of the elements this week as users shared photos of riot fires in San Francisco and flooding in the East Coast.

Many of those in the respective areas opted to document the celebrations and anguish through Instagram, offering a plethora of first-person insights into both events. However, to suggest this is the watershed moment for Instagram as a global, on-the-ground citizen journalism hub is perhaps a touch premature.

Sandy in particular was undoubtedly one of the largest single events in Instagram’s history. Co-founder Kevin Systrom told the The New York Times that users were sharing 10 photos with the #Sandy hashtag every second on Monday.

It is difficult to say exactly how many Sandy-related photos were snapped and shared since news of the storm heading to the U.S. broke last week, though they certainly stretch into the hundreds of thousands. Not every image used that specific hashtag, which was first used—in another context—in February of last year. While there are more than 526,000 Instagrams which bear the tag, it’s been in use for 20 months.

Not all of the images were of Sandy and her direct effects as the storm bore down on the coast. Some were memes, shots taken during prior storms, and scenes from movies, though most provided first-person glimpses at the impact of the storm.

A dedicated third-party site, Instacane, displayed all photos using the #sandy and #hurricane hashtags, among others, as Sandy hit the East Coast. 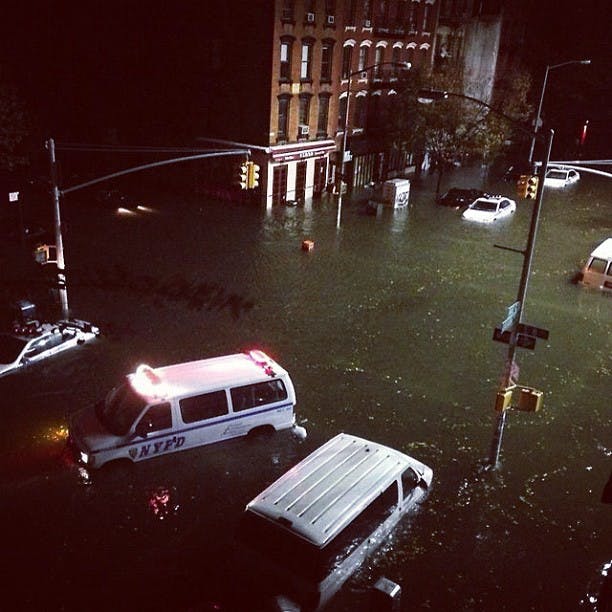 It’s no secret that Instagram has exploded in popularity over the past year, since launching on Android-powered smartphones and being acquired by Facebook. With more than 100 million people involved in the community, more images are shared than were two years ago, and there is subsequently a larger volume of photos related to newsworthy events.

“Since the beginning we saw all kinds of pictures, from cats and dogs, to art or terrible events (earthquake in New Zealand and Tokyo were already on Instagram) but the fact that now we are 100 million makes it much more relevant in media,” Madrid-based Phil Gonzalez, of the Instagramers blog and community, told the Daily Dot.

“I think we have to be conscious that Instagram will be a very important feed of news as all users are potentially journalists or photographers of things happening around them. But Instagram won’t be the news magazine of the future. News magazines will have to integrate Instagram as they did with Twitter.”

Yet there’s still a key hurdle in the way for many potential Instagramers: cost.

Unlike text messages and Twitter, Instagram isn’t supported on every budget flip-phone in the world. Smartphones, the types of devices most commonly associated with Instagram use, are too cost-prohibitive for many, and still make up less than 40% of mobile phones worldwide. Monthly plans can stretch budgets and, at a time when many families are struggling for food and shelter, smartphones are a luxury many can’t afford.

Instagram is available on tablets and iPod touch devices as well, but it’s not possible for one to share an on-the-scene photo instantly unless they’ve paid for a data plan or there’s a Wi-Fi connection in the vicinity.

Instagram also isn’t built in a way that helps photos go viral organically. The Explore page features some of the most notable photos on the network at any given time, largely based on the number of likes and comments they receive, but there is no way to natively reshare a photo with others. You can’t retweet or reblog images, as it were, without having to save and reupload them to your own account.

Instead, Instagram relies on other networks to spread the word about photos, with users hopping on the backs of Twitter, Tumblr et al to share their works of art or quick shots of what they’re seeing. Discovery is at the heart of Systrom’s vision for his creation.

“I think that what we’re going to do is allow more exploration and more communication,” he said at Pando Daily’s recent PandoMonthly event. “Instead of just taking a photo and hoping that people will see it, it’s about getting it out there in different ways.”

Whether that exploration will come with more integration into parent company Facebook’s platform remains to be seen, though “getting it out there” is the very nature of news. 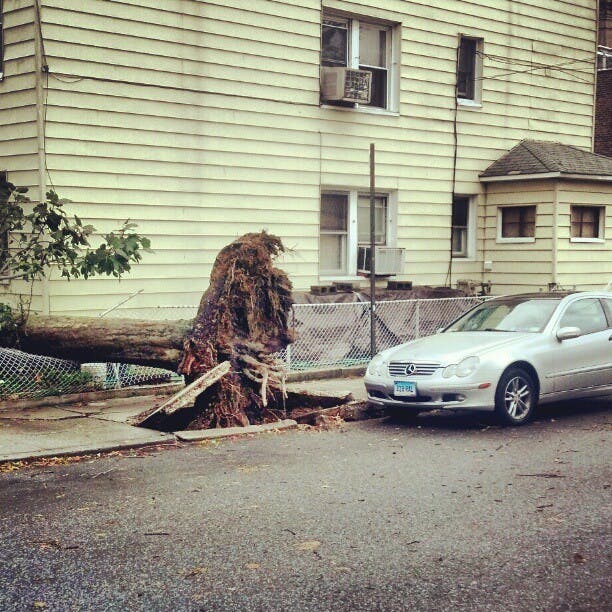 Instagram users have posted images related to major world events since its early days. The Japan earthquake and tsunami occurred six months after Instagram launched in October 2010, and Instagram users pledged their support for those affected.

More recently, some of the earliest images of August’s Empire State Building shooting emerged on Instagram, and a medical center used the service to provide live updates of a cochlear implant surgery.

There is something to be said for Sandy’s impact though.

“Twitter became ‘relevant’ for media and communication world the day CNN covered the Bombay bombings,” Gonzalez argued. “Instagram will probably become much more credible after Sandy, because we are not talking about 100 or 200 tagged pics, we are talking about thousands and the media cannot be blind to this amazing movement of citizen journalism.”

Until there is a smartphone with a data connection in the hands of every person on the planet, or Instagram lets users post photos directly from their computers, there are millions of stories Instagram will not be able to tell.

That said, images that can be shared quickly are often far more capable of telling a story to a global audience than a text. Gonzalez argued: “Images don’t need translations, they have a unique language with no censor or translator needed.”

Instagram’s not quite at the level of Twitter as far as citizen journalism goes, but it’s not far off the pace either.