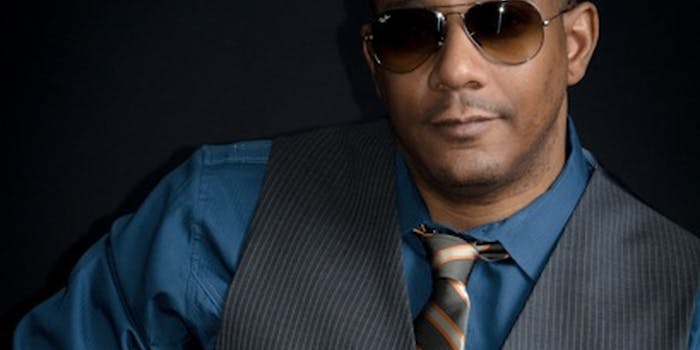 Muhammad Malik, the Instagram user who captured the first photos of the Empire State Building shooting, explains his tricks of the trade.

Muhammad Malik was on his way to work in Manhattan when he spotted a man lying in the street, shot dead.

Malik took out his phone, snapped the scene, and shared it on Instagram. The powerful image shows a victim of the Empire State Building shooting sprawled out out on his back, his arm outstretched and a pool of blood staining the concrete. Bystanders look on helplessly as a woman kneels beside him.

The photo attracted worldwide attention as news organizations sought to tell the story of the shooting, but truth be told, Malik was not doing anything out of the ordinary. The 40-year-old Brooklyn resident has a knack for capturing and sharing the world around him.

“The Empire State Building shot was a fluke in my opinion,” Malik told the Daily Dot. “It was something that happened in front of me and I did what I always do, I took a picture. Then once I added my tags, the pic went viral.”

His photo was quickly spotted by journalists looking for on-the-ground information about the Aug. 24 incident. Aside from the graphic nature of the image and media attention, what stood out to many Instagram users were the tags Malik used.

Malik, known as @mr_mookie on Instagram, regularly experiments with hashtags. Not every tag he uses is directly related to the photo he’s actually sharing. As such, you might see #nails on a photo of sunglasses, #fashion on a Batman image, and #streetphotography on a shot of Michael Clarke Duncan after the actor’s passing. The #streetphotography hashtag appeared on the Empire State Building photo for a spell.

He uses common, popular hashtags for visibility—at least at first.

“If I post a picture of my car I may tag it with #iphoneonly when in fact I used my pro DSLR,” Malik told us. “Why? Because #iphoneonly is a popular tag, used in over 25 million pictures whereas the tag #bmw is used on less than 500k pictures.”

Some time later, Malik removes the more popular tags he uses on a certain photo (Instagram allows the community to use a maximum of 30 at once) in favor of more specific ones. For instance, he’ll use “#model #fashion #girl #shoes, if it’s one of my fashion shots, or #sunset #sky #dusk, if it’s a sunset, etc.”

Some see the use of irrelevant, generic tags to certain photos as a form of spam, since those tags become flooded with random photos that detract from the experience. Phil González, founder of the Instagramers blog and community, told us: “From the beginning [of Instagram], people have complained about that.”

However, Malik simply argues that that’s the most effective way of increasing his work’s visibility, and he makes it a point to only spam tag his more important photos.

“So far no one has ever yelled at me and said ‘hey, quit tagging pictures of the Las Vegas skyline with the #nyc tag,’” he joked.

While Malik had the opportunity to profit from his Empire State Building shot due to the influx of media attention, he opted not to. “I’m not a journalist or photographer by day,” said Malik, who works as an inventory control coordinator for a fashion label. “It’s not my main source of income and I wasn’t being offered a huge amount of money, so the headache to profit ratio wasn’t worth it to me.”

He has indirectly made money through Instagram by receiving offers to shoot aspiring models, family portraits, and events. Malik regards his “small” earnings from such gigs as pocket money and does many for free to sharpen his skills and fill his weekends.

“I know a lot of people who use Instagram as a money making tool, I have in fact even ordered items from people that show their products on Instagram, mostly fashion accessories. But for me, I really just like posting and viewing pictures.”