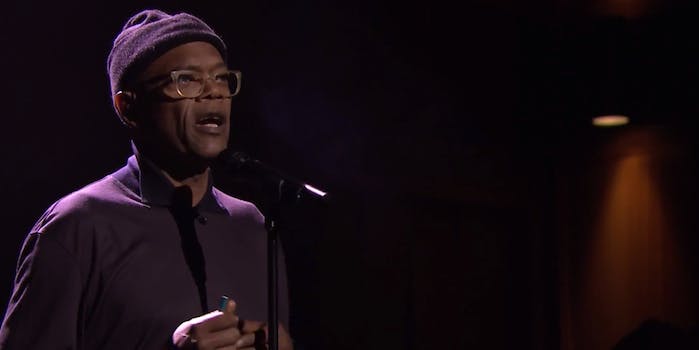 We could listen to this all day.

One of film’s great voices is a slam poet in the making.

Samuel L. Jackson (and not Laurence Fishburne) stopped by The Tonight Show, and like with many other celebrity guests who have appeared on the show so far, host Jimmy Fallon managed to get him to do something out of the ordinary.

There’s no real reason for Jackson to be performing a slam poem about Boy Meets World, but he completely owns it. Dressed in dark tones and smoking an e-cigarette, he turns the story of “two boys who lack both brains and brawn” into a story almost better than what the TV show gave us. Who needs Girl Meets World now when we could just listen to this all day?

He doesn’t drop any of the F-bombs he’s become famous for, but in this performance, he doesn’t need them. The words speak for themselves.