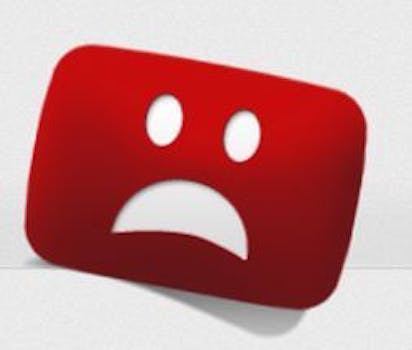 Buried under all the spam, poor spelling, and racial slurs in YouTube's comments, there is poetry.

YouTube comments can come and go with a blink of an eye, but a new blog from Canadian filmmaker Mark Slutsky tries to capture the rare gem in an ocean of trolling, spam, and hatred.

Sad YouTube snapshots YouTube comments on different pop songs before they’re buried beneath complaints about today’s music, conspiracy theories and—especially if a song was ever covered on Glee—circlejerk arguments about whether the original or the cover was better.

“Among the usual hate speech and Obama conspiracy theories, you can find these amazing nuggets of humanity—heartbreaking moments from people’s lives recalled by an old favourite song, stories of love and loss, perfectly crystallized moments of nostalgia and saudade, all of which would be lost forever if it weren’t for YouTube’s easy, mostly anonymous commenting system,” Slutsky wrote on Sad YouTube.

Many cynics might think that Sad YouTube is an attempt to mock the comments, but Slutsky insists that is not the intent of his blog. He’s simply fascinated by the medium of the YouTube comment, and this was a way to illustrate that behind every anonymous YouTube username is a person.

“Ever known a dog that had a favorite song? My dog did. This was it. I played it for him when he had to be put down, 2 years ago to this day. i Love you Fletcher,” summ83 wrote of Neil Diamond’s “Cherry Cherry.”

Not every song is sad, but you never know what song might mean for someone. One person’s childhood tune could be another’s reminder of a lost loved one or a significant life event, such as 09beegee’s first time hearing “A Whiter Shade of Pale” on the way back from a combat assault.

“No matter where I am now, when I hear this song, I’m sitting against the bulkhead in the center of a UH-1D, listening to the whine of the transmission and the whap, whap of the rotor blades as they carry us away from a place where a very dedicated group of young men tried to kill us,” 09beegee wrote.

YouTube has acknowledged that it needs to improve its commenting system, and has pushed for users to opt into using their real name to comment on videos— although it’s not clear whether doing so will cut back on trolling and allow comments like these to rise to the top.