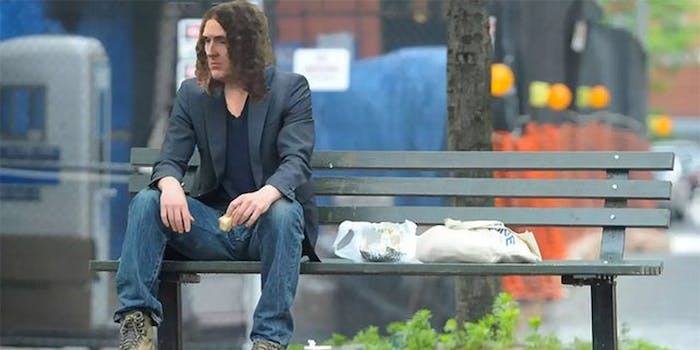 This was probably overdue.

Nobody likes standing in an airport security line—not even a famously happy-go-lucky guy like Weird Al Yankovic. The beloved song parodist was recently spotted looking less than enthused about TSA procedure, probably because they made him check his accordion case.

Once Reddit had reckoned with the strangeness of seeing a perennially cheerful entertainer brought low by the tedium of commercial air travel, they got down to making the inevitable Sad Weird Al memes, which of course owe a debt to the iconic Sad Keanu Reeves memes.

Is it somehow comforting to know that celebrities, too, can suffer from gloom and malaise—or are we just catching them at awkward moments? Or was Yankovic experiencing a premonition of surviving a horrific plane crash, as described in his seminal 1996 epic “Albuquerque”?

In any event, Weird Al himself is being a great sport. As you’d expect.

The man, the meme, the legend.