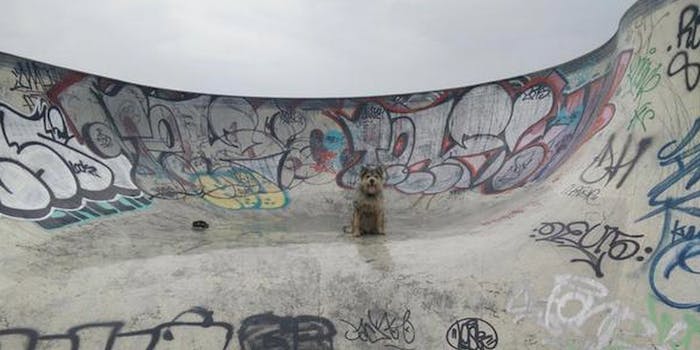 He got in too deep.

Just when comic artist Ryan Q. North and his dog, Chompsky, resigned themselves to spend the remainder of their lives in an empty pool in the middle of nowhere, Twitter came through and saved the day.

North, the author of Dinosaur Comics, saw the perfect photo opp for Chompsky and seized the day; only, empty skater pools are slippery when wet.  Stuck in the pool, North and Chompsky took to Twitter to crowdsource an escape.

Thanks to persistence, patience, and some resourceful tweets, North was ultimately able to make it out of the abandoned pool, “sore and wet but no longer stuck in a hole.”

Read the entire harrowing and hilarious ordeal below.