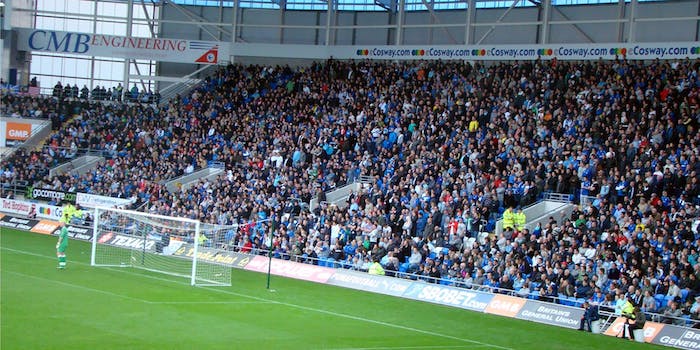 Look how useful a simple scarf can be.

Usually, when a sports fan interrupts play by running onto the field, he or she meets an unfortunate fate—captured by local authorities, hauled off to jail, and forced to pay fines.

But sometimes, the result is instead gallant, imaginative, or heroic. And occasionally, it’s all three at once.

Take, for example, this video of a Russian soccer fan doing his thing.

(Nice job by security there, by the way. Way to even try to capture him.)

It probably doesn’t need to be said, because it’s so obvious, but if all of Russia were like this in the 1980s, there probably never would have been a Cold War in the first place.