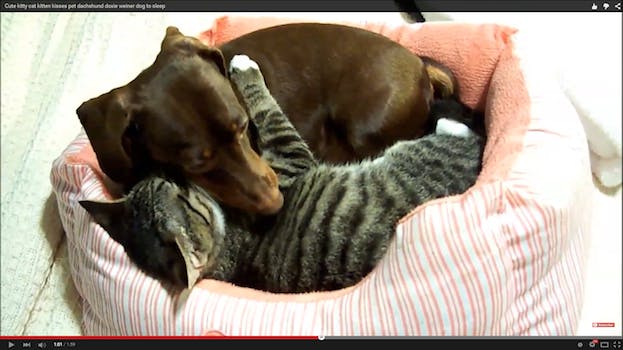 We think this cat might actually believe it’s a dog

This adorable Russian kitty fetches a ball on cue, going on to give the camera a distinctly doglike expression of empty-headed joy. Its owner even gives it permission to “breathe like a dog,” at which point it starts to pant with its tongue out.

Cute trick, or bizarre crime against nature? We’ll leave that up to you.