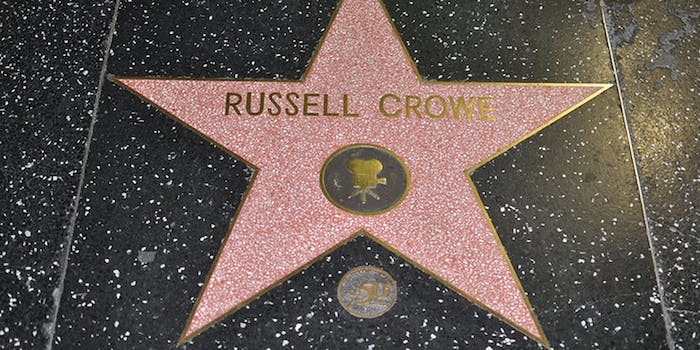 The actor was *not* entertained.

Uh-oh. Looks like actor Russell Crowe didn’t know that ClickHole is a satire website, and therefore threw a small hissy fit after they ran a quote from him. A fake quote, from fake comments he most definitely did not make—because, you know, ClickHole is 100 percent fake.

Crowe—no stranger to weird Internet fame, as fans of the insidious Javert meme will tell you—later realized his mistake and deleted the tweet. But the Daily Dot captured a screenshot for your entertainment (and posterity): 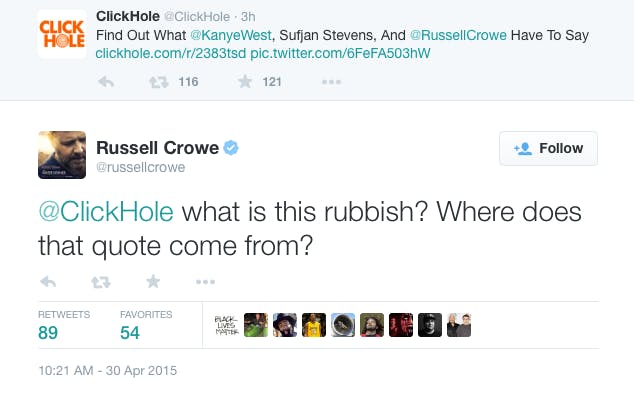 The tweet from Crowe may no longer be on Twitter, but you can still see people’s replying to let him know that he’d been had:

Here’s the “quote” that got him all worked up:

Actual image of Crowe reacting to this falsely attributed commentary:

But let’s be real: We all have those Facebook friends from our hometown who don’t realize ClickHole or Onion posts are jokes and post them along with a super-enraged comment blaming Obama or the gays for everything wrong in the world. The fact that it’s Crowe this time, however, makes it 1000 times funnier. Stars—they’re just like our clueless digital acquaintances! We are most definitely entertained.

Photo via Marco Verch/Flickr (CC BY 2.0)