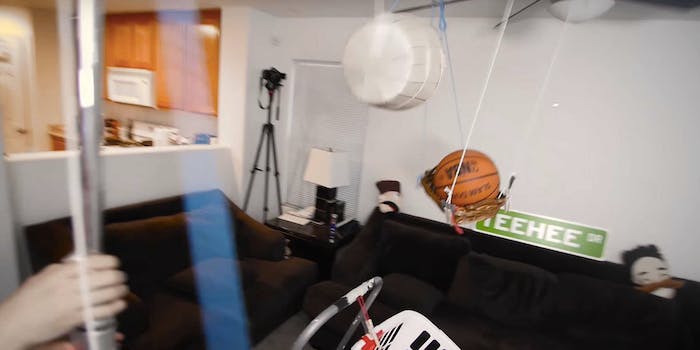 This Rube Goldberg trick dunk is a staggering human achievement

There's even a ninja involved.

There are those who would say that three days of prep and 137 filmed attempts at a 90-second-long, Rube Goldberg-style, “ultimate” trick basketball dunk represents a colossal waste of time and human ingenuity. And those people could not be more wrong.

But don’t take my word for it: Let Ryan Higga and his crack squad of collaborators convince you that this is the exact sort of thing we were put on Earth to accomplish. You won’t regret it.

Best of all, you know that somewhere out there, another bunch of bros are already trying to figure out how they can top this.