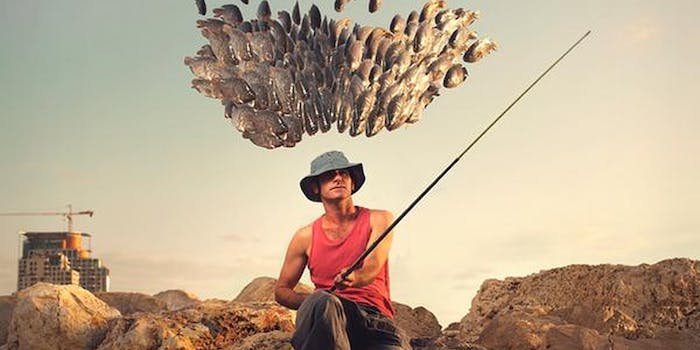 Dreamcatcher: Behind the surrealistic photography of Ronen Goldman

In the surrealistic photo, “The Lemon Farmer,” a jolly man runs around a rooftop in Tel Aviv, Israel, with a box, trying to capture giant lemons as they fall from the sky.

While the scene is a jovial one, its inspiration came from a rather dark dream photographer Ronen Goldman had about six years ago.

” I was a bit down at the time, but had some kind of dream about accepting what falls out of the sky, whatever it may be, and be happy,” Goldman told the Daily Dot. “I got some friends, got on a roof and it was done.” 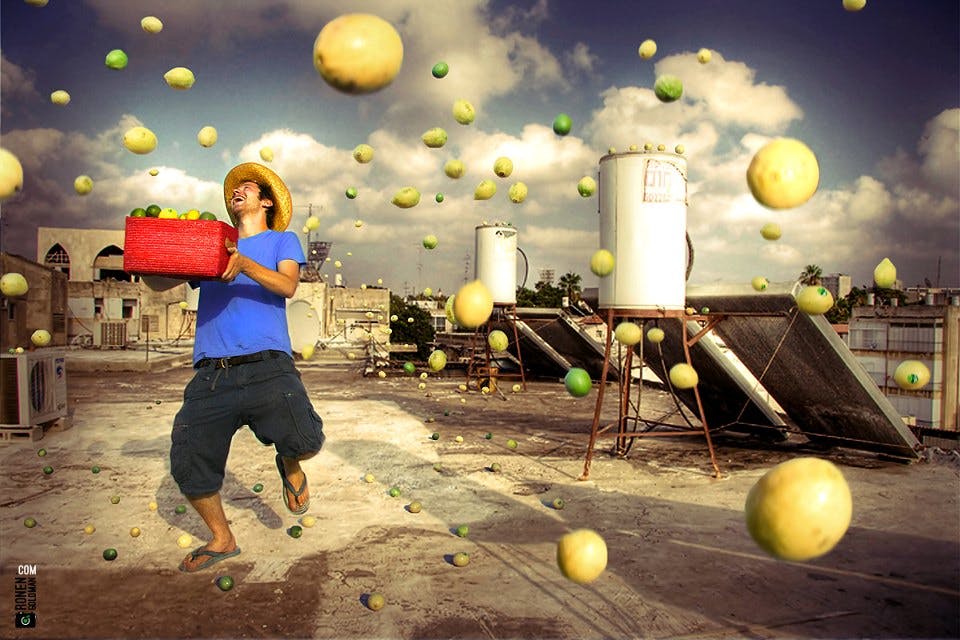 Since then, Goldman has continued turning his dreams into photographs using a Canon 5 mk2 with L Lenses and some heavy post-editing, creating startling images that call to mind the work of of Storm Thorgerson, the famed graphics designer behind pretty much every classic rock album that matters (Led Zeppelin, Pink Floyd, etc.).

Goldman posted his favorite shots on social news site Reddit late Monday night, where the r/pics community had plenty of questions on how they were made; particularly about one featuring a man throwing a deck of cards in the woods. 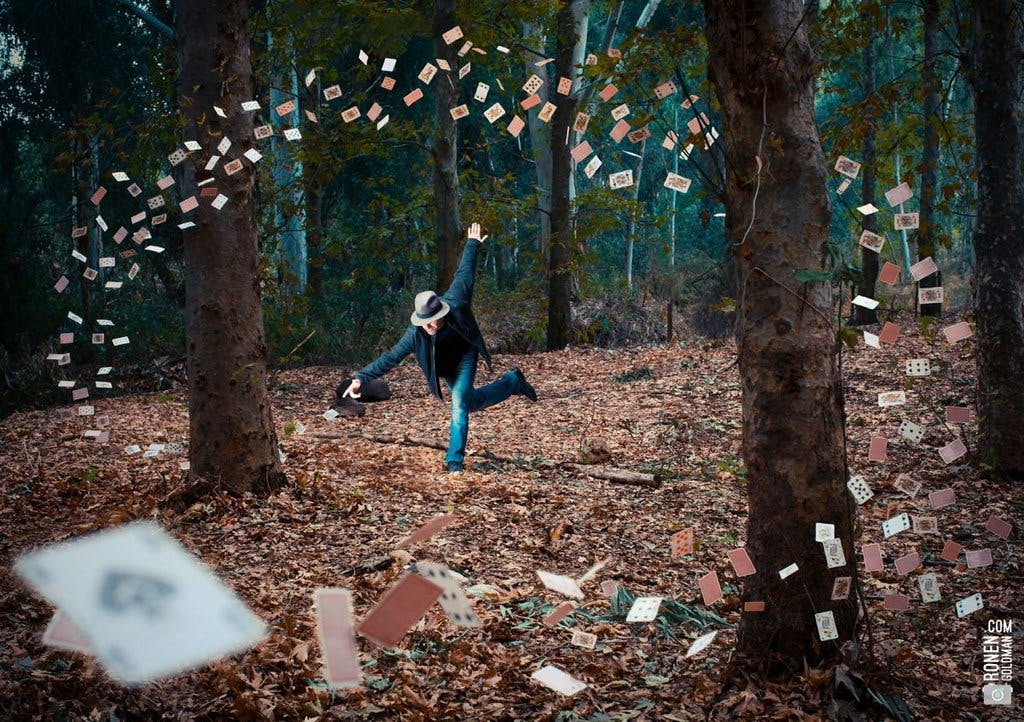 “That one actually took the longest to create, since me and my friendassistant had to hold each card in place and create the spiral,” Goldman commented on Reddit. “We then proceeded to find out that it came out terrible- and did the whole two hour process again the next day- great success.”

Goldman has worked with companies like Procter & Gamble, United Airlines, and AdWeek on conceptual art campaigns. But if it were up to Goldman, he’d use his dreams in all his works.

“I have always been interested in the sub-conscience, I find the realm of the unknown fascinating, so I try to channel it into the real world,” Goldman said. “I enjoy the mystery.

“I sometimes have dreams of the dream creating. just to wake up and realize even that was a dream.”

All photographs by Ronen Goldman