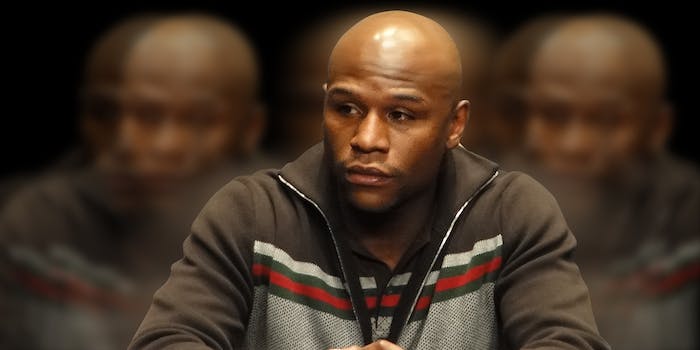 Do not mess with Ronda Rousey.

Floyd Mayweather has a well-documented history of assaulting women, and for anybody in the past several months who continued to bring up his past and ask tough questions of him about this topic, he banned them from covering his latest fight.

But on the red carpet for Wednesday night’s ESPYs show, Ronda Rousey —the toughest and most accomplished female fighter on the planet who won the non-televised award for Best Fighter—challenged him on ESPN about his penchant for assaulting females.

In case you missed Rousey’s comment, she said, “I wonder how Floyd feels being beat by a woman for once. I’d like to see him pretend to not know who I am now.”

As usual, one should not mess with Rousey—who has taken aim at Mayweather before—in the cage or on the airwaves. Because in either case, she’s likely going to dominate her opponent.

Photo via Bryan Horowitz/Flickr (CC BY 2.0) | Remix by Jason Reed