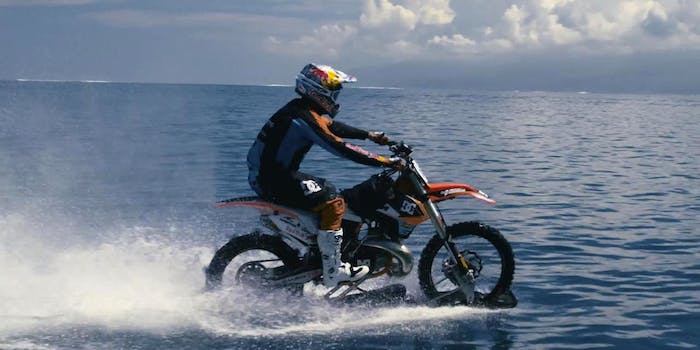 The ocean is his highway.

We still can’t walk on water, but riding across it is now an entirely different story.

Robbie “Maddo” Maddison has been trying to surf on water with his dirt bike for two years, but he finally made his “pipe dream” happen by taking his dirt bike for a spin on the waves of Tahiti. It practically makes traditional surfing look dull in comparison.

Maddison makes it look obnoxiously simple, and we’d almost say he fit right in on the waves—if not for the looks of amazement and intrigue from Pacific Ocean swimmers.