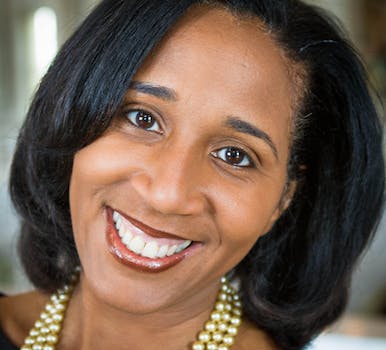 U.S. promoted Karyn Temple-Claggett, a former RIAA vice president, to director of Policy & International Affairs on Wednesday evening. Claggett, who had already been working for the organization as Senior Counsel, has downplayed her ties to the RIAA in the past, commonly referred to as “an attorney.” As pointed out by Techdirt, however, according to her old RIAA bio, Temple-Claggett’s time at the RIAA was far more substantial:

Ms. Temple-Claggett is Vice President, Litigation and Legal Affairs for the Recording Industry Association of America (RIAA) where her practice focuses on copyright litigation impacting the recording industry.  While at the RIAA, Ms. Temple-Claggett has worked on some of the most high-profile copyright cases brought by copyright owners in recent years, including the Supreme Court Grokster litigation, as well as litigation against LimeWire, XM Satellite Radio and Usenet.com.

The RIAA’s list of actions that have irked Internet activists runs almost as deep as the its pockets.

It was one of the major lobbying advocates in Congress for the Stop Online Piracy Act (SOPA), even though leaked documents later showed that, internally, the organization admitted it wouldn’t do much to stop piracy. The documents also showed that the RIAA advocated for, under the forthcoming Copyright Alerts System (CAS), Americans suspected of pirating three times to have their Internet access cut off. And the CAS was caught with egg on its face when the “independent” reviewer it had hired to make sure its system was fair was actually the RIAA’s old lobbying organization, a fact the RIAA had failed to disclose.

Finally, the RIAA has also sued small-time pirates for exorbitant sums, like Joel Tenenbaum, who was fined more than half a million dollars for pirating 30 songs.

It’s not uncommon for those who work in copyright to shuffle between high-level government jobs and corporate advocacy groups like the RIAA or the Motion Picture Association of America (MPAA). In August, the U.S. Copyright Office’s general counsel, David Carson, left the organization to join the International Federation of the Phonographic Industry, an international counterpart to the RIAA. And the head of the MPAA is Chris Dodd, a former senator from Connecticut who infamously threatened to stop giving money to his former colleagues if they didn’t vote for SOPA.

In accepting her position, Temple-Claggett was careful not to ruffle any feathers and didn’t give much indication about her agenda.

“Balance has always been the hallmark of American copyright law,” she said. “I am eager to work with authors, users of copyrighted works, and innovators of all kinds as we explore ways to improve and update the copyright law for the 21st century.”