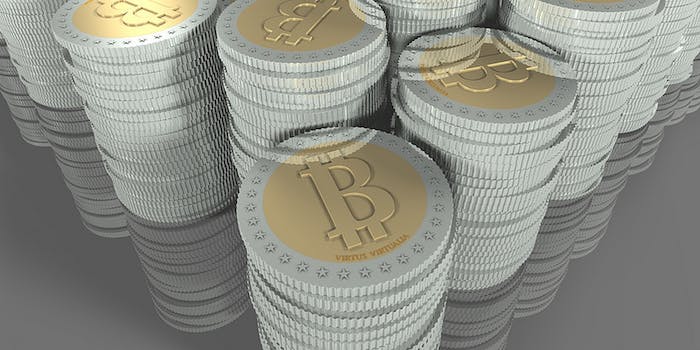 Revealing Bitcoin’s creator reveals a lot about us

Newsweek revealed the alleged identity of the creator of Bitcoin. But its coverage says less about the currency than it does about us.

Reminder: This article presupposes that Newsweek is actually right, which seems increasingly hard to believe given Nakamoto’s flat denial to other media outlets, including the Associated Press.

Newsweek has had trouble keeping up with the ruthless, 24/7 world of Internet media. The brand was sold back in August to IBT Media, which Forbes characterized as a “mysterious duo.”

Why does everything have to be mysterious, by the way. We live in a world of LinkedIn, science, doubt, and search engines—please stop calling everything you haven’t bothered to look into mysterious. Anyway, back to the point at hand.

The fact that Nakamoto used a variation of his real name, and that he has gone to no considerable lengths to hide himself, are signs of humility—something the U.S. celebrity-obsessed media has trouble grappling with, as a concept, let alone as a way of life.

And the article’s tone, rather than admiring Nakamoto’s humble, brilliant mind—the mind of an engineer and the mind of someone who is dying (Nakamoto recently suffered a stroke, and has had prostate cancer)—rather than approaching this story with any tact or respect, the piece has a strange “shaming” feel. As if Newsweek were posting a human interest update on Casey Anthony or George Zimmerman, instead of revealing the identity of one of the most important technical thinkers since Tesla or Edison.

Take this paragraph, for example: “If Nakamoto ever sells his Bitcoin fortune, he would likely have to do so at a legitimate Bitcoin bank or exchange, which would not only give away his identity but alert everyone from the IRS to the FBI of his movements. While Bitcoin lets its users conduct transactions anonymously, all transactions can be viewed transparently online — and everyone is watching Nakamoto’s Bitcoin to see if he spends it, says Andresen.”

What a weird thing to write. Would Newsweek do a profile on Mark Zuckerberg in the same way? “Mark is worth more than $28 billion, and if he were to sell more of his Facebook shares suddenly, it would alert everyone from the IRS to the FBI.”

Of course not. Because creating innovation is not a crime.

And only a lunatic would believe the NSA, CIA, and other “curious” agencies don’t already know everything about Nakamoto—his whereabouts, his Toyota Corolla, his email correspondences, and his failing health.

Maybe all of the warrantless surveillance, and all of the superficial shoutfest gotcha media with its neo-Puritan judgment of others, has us afraid of innovating too much—attracting too much attention.

It used to be that American entrepreneurs and engineers didn’t worry about attracting government attention for creating something new: that used to be the lifeblood of the American way.

But today no one wants to stand out. No one wants to challenge the status quo and face 100 years in prison (as activist/journalist Barrett Brown recently faced, ostensibly for posting a hyperlink). Everyone just wants to get by, be left alone.

I’d argue this is a very bad thing for the country. Terrifying our innovators into silence or exile is not the best way to create more innovation, more jobs, more wealth.

So, in the end, I find myself not really questioning why Bitcoin’s alleged creator has kept a low profile—it seems the only rational action to take in a world where inventing decentralized digital cash nets you the Casey Anthony treatment from Newsweek.

And a part of me is glad he’s an old, quiet guy who likes model trains and wears “old blue jeans.” It will be hard as hell (although still possible) for the press to transform this Nakamoto into the drums n’ bass listening, headphone wearing, Wikileaking, Silk Road lovin’ anarcho-hacktivist the establishment would love to sink their teeth into.

There just isn’t much to hate about this old, real life Nakamoto.

David Seaman is a journalist and host of David Seaman Hour, available free on iTunes Podcasts and Stitcher. This article was originally featured on Medium and republished with permission. You can find the original here.