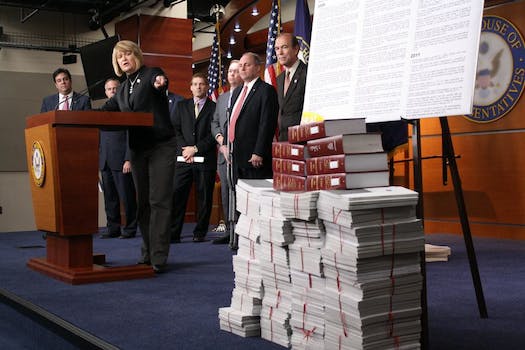 Was the Republican staffer who “fixed” copyright a scapegoat?

Republican Study Committee staff Derek Khanna was fired for authoring a copyright memo that may have upset powerful players in the content industry.

Derek Khanna, the Republican Study Committee staffer who lost his job for releasing a radical, highly-lauded memo about how to “fix” copyright, has indicated that he was scapegoated by his former employer.

In November, Khanna earned the immediate praise of Internet activists with the memo, which noted that “too much copyright protection” will “greatly stifle innovation.” But mere hours after publication, the RSC pulled Khanna’s words from its site, claimed it “was published without adequate review,” and told Khanna he would not be rehired when his contract expired at the end of the congressional term.

Something seemed fishy, though: Multiple sources said Marsha Blackburn (R-Tenn.), who receives among the most campaign contributions from the content industry of anyone in the House, spearheaded Khanna’s removal for going against her contributors.

But Monday, in his first interview since the memo was published, Khanna told Ars Technica that the RSC’s stated reasons for getting rid of him don’t add up. The memo had “input from several of our staff members, when typically it only requires the approval of one staff member,” he said.

The interview doesn’t address why the memo cost only Khanna his job.

In November, the RSC claimed its reason for pulling the memo is because it “failed to account for other views among conservatives.” Khanna noted that there was “nothing particularly unusual about this memo,” and that the normal process is simple: “a staffer will write it up, and then we’ll go through the process to revise it accordingly and receive the final sign-off,” which he received.

Though he is talking to potential employers, Khanna said he has not yet found a new job in Washington.