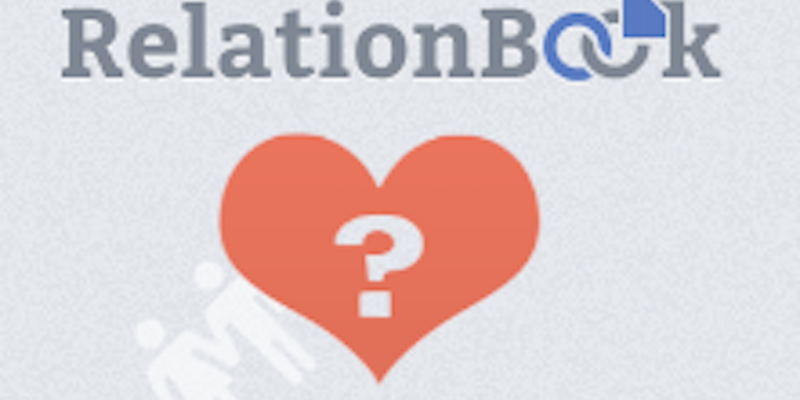 Relationbook.me didn't set out to be a dating site.

Relationbook.me, a site that does pretty much exactly what it advertises, scans your Facebook friends list for signs of singledom. That means it won’t catch those of us who are single and choose not to identify, or those who are in jokey “It’s complicated” relationships with friends.

Co-founders Alex Wolkov and Ben Lang explain that Facebook is the perfect place to create this digital shortcut, but never intended it to be for singles to cruise: “Ben watched his girlfriend surf Facebook to see who became couples. He saw also that while initially Facebook was designed for this kind of usage, it is now harder and harder to find this information,” said Wolkov in an email.

So an OKCupid competitor they are not. Perhaps more of a couples friend finder? “We didn’t have ‘dating site’ in mind when we built it, in fact, the opposite is true, Ben’s girlfriend wasn’t searching for singles, but rather for another couple they could potentially hang out with.”

When I connected, I found that of my 1,200 Facebook friends, 886 were “unlisted”—making it impossible for me to decipher their relationship status. Also, I currently have three friends listed as “In an Open Relationship,” and one of them is a cat.

Maybe couples will actually find Relationbook.me useful for identifying future double date opportunities. Otherwise, us singles will have to stick to our complicated feline relationships. And old school Facebook stalking.