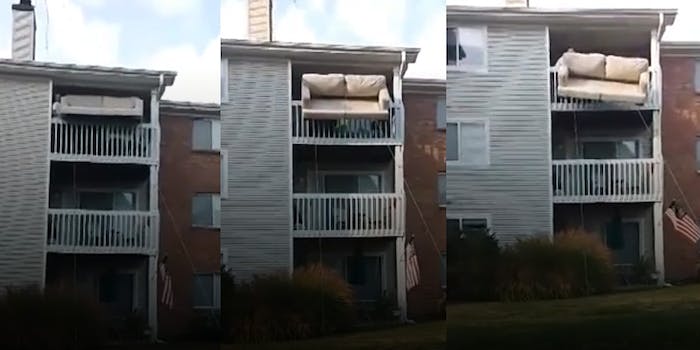 Friends taught an entire generation how not to move a couch—but a new masterclass in furniture removal comes from a group of rednecks of all places.

While lesser men might be tempted to, y’know, take the stairs, a video uploaded to YouTube shows some enterprising citizens taking a far more direct route to the ground with their couch.