Kids’ art is made professional

A redditor takes kids' art and turns it into professional-style art.

A few months ago while browsing social news site Reddit, artist Garrett Miller stumbled upon a child’s drawing of a monster: a stick man with shark heads for his head and shoulders.

“It reminded me of drawing for hours as a kid,” Miller, 26,  wrote in an email to the Daily Dot, “focusing on every minute detail only to look back on it when I was done and think ‘Well, that’s not what’s in my head.’”

So Miller took his own spin on the drawing. 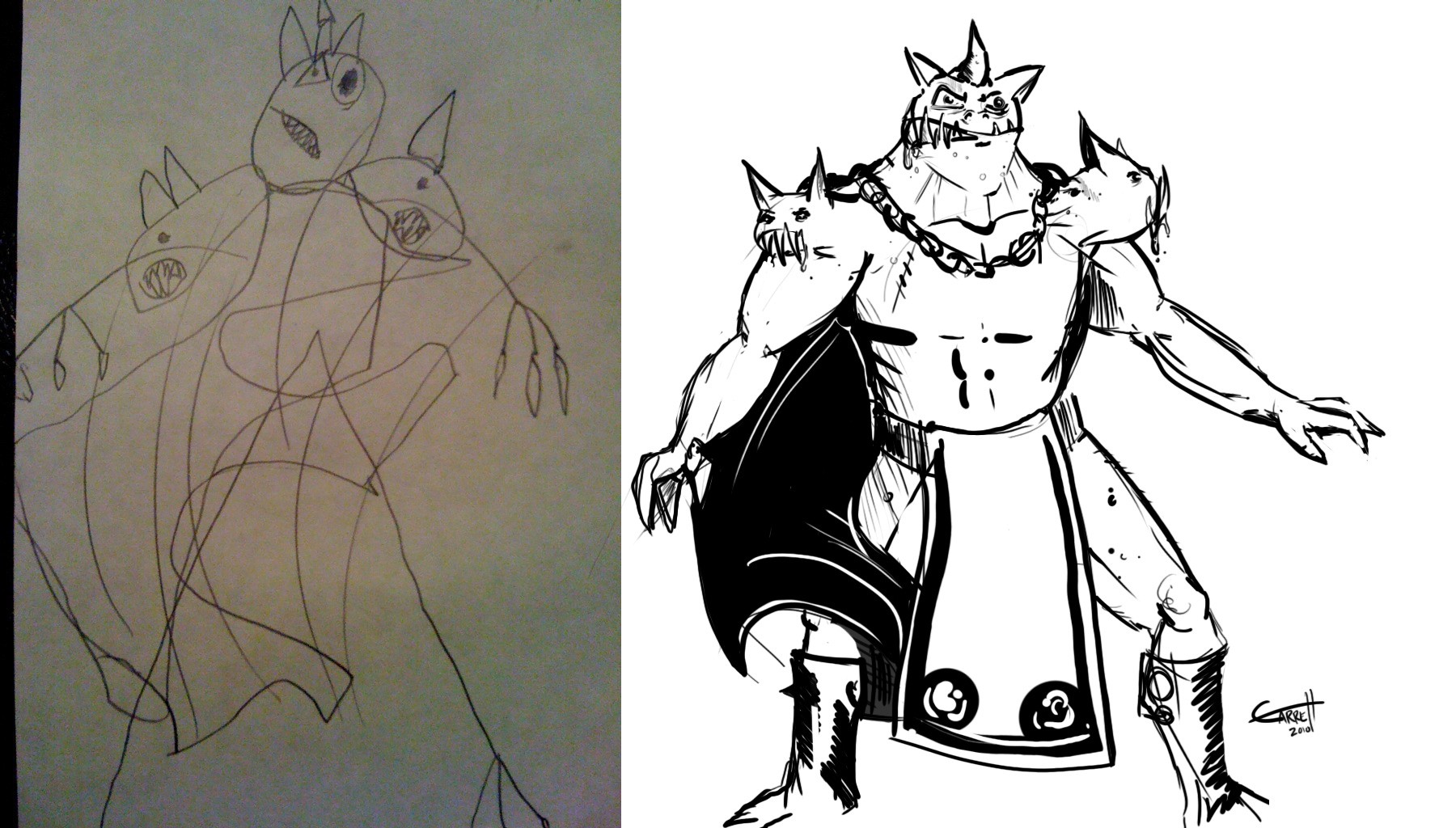 The child, 7-year-old, Lochyn, loved it.

Miller said two of his favorites so far are “Armies” by 6-year-old Cody and “Honeymoon” by 7-year-old Zoe. 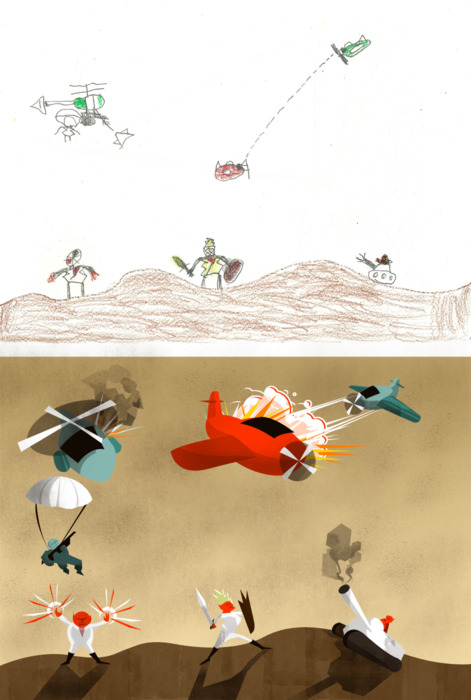 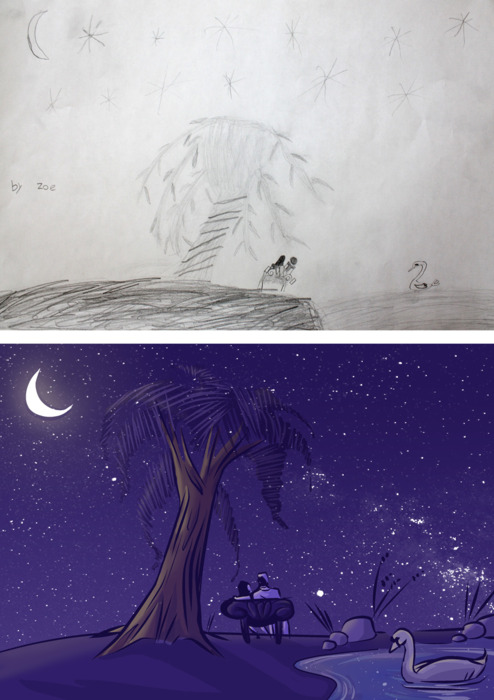 Miller, who works days as a software engineer and designer for a energy efficiency start-up in Washington, DC, said that some have criticized the project as an attempt to outshine the children with his own art  Or, as one redditor put it: “As a child, I would’ve found this to be incredibly patronizing.”

That’s a charge that Miller says he understands, but with which he does not agree.

“My feeling is that as long as the kids enjoy what I do with their ideas, I’m 100 percent okay with this project,” Miller wrote. “It’s not about “I could do this better” but rather “Keep drawing and keep your imagination active.”

And that’s at the heart of what he hopes Imaginawesome will become:

“Ultimately, the goal of the site isn’t to redraw kids’ drawings as much as it is to encourage kids to be creative, no matter how they perceive their own artistic skill,” Miller wrote.