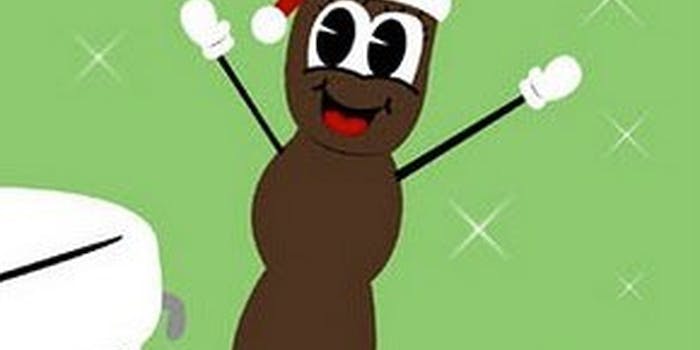 Vandal who pooped in a redditor’s car is, of course, a redditor too

Warning: The following is absolutely gross but also kind of cute in an "It's nice to know that all redditors are thinking alike" kind of way.

Warning: The following is absolutely gross but also kind of cute in an “It’s nice to know that all redditors are thinking alike” kind of way.

A picture below contains poop. 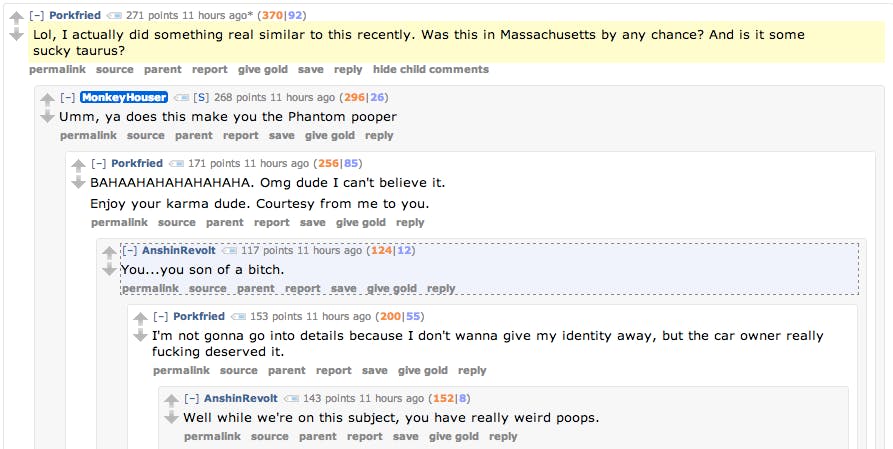 Tuesday evening, a redditor named MonkeyHouser took to subreddit r/WTF with a photograph detailing a rather horrific scene. “Friends car was broken into,” MonkeyHouser wrote. “But the thief didn’t just take things, he left something too.”

That something was a big green pile of poop.

MonkeyHouser’s post immediately ascended to the top of the eye-popping subreddit, gathering 1,391 comments and 1,819 upvotes in a matter of 15 hours.

One such comment seemed to stick out a little more than others. It came from a fellow redditor named Porkfried, and it may have helped catch the thief red handed—or, rather, somewhere with his pants down.

‘Lol, I actually did something real similar to this recently,” Porkfried wrote. “Was this in Massachusetts by any chance? And is it some sucky Taurus?”

MonkeyHouser was quick to get back.

“Umm, ya does this make you the Phantom pooper?” he asked.

Porkfried submitted his passport as proof of address before deleting his personal info, claiming 4chan was going to attack him. He left us with this: “I’m not gonna go into details because I don’t wanna give my identity away, but the car owner really fucking deserved it.” 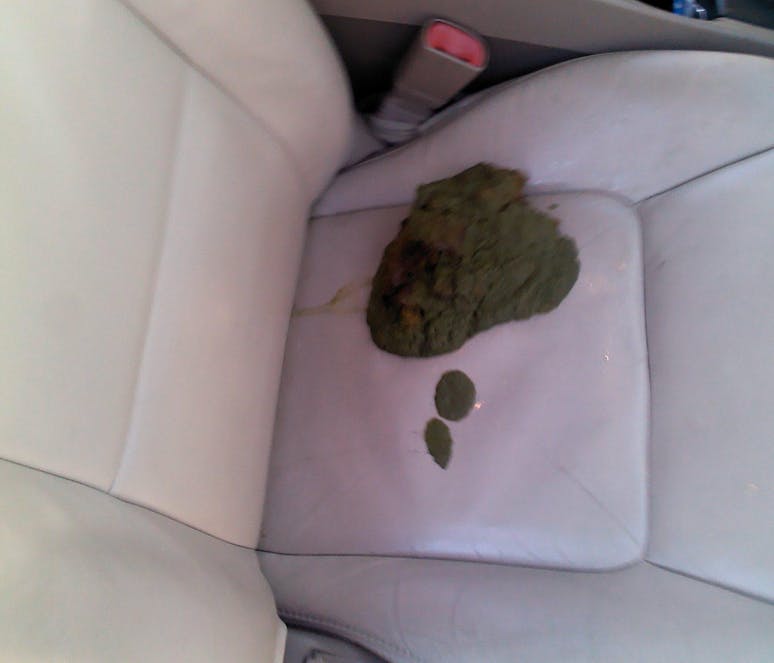