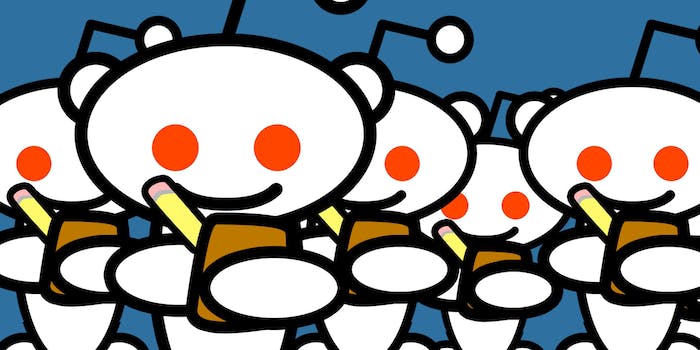 This army of Internet mathematicians will indulge your every whim

The rapper Eminem can spit his rhymes at the same “rate of fire” as the Soviet RPK light machine gun. How do I know this? The mathematical geniuses with a lot of spare time over at Reddit’s r/TheyDidTheMath told me.

User icy954 took a sample of the track “Rap God” and worked out that one verse contains 159 syllables in 16 seconds, or 9.94 syllables per second. Converted into minutes, that becomes 600—exactly the same as the RPK.

Discovering the defense applications of rappers is just one example. Another user found that if humans evolved wings, they’d have a wingspan of 35 feet. 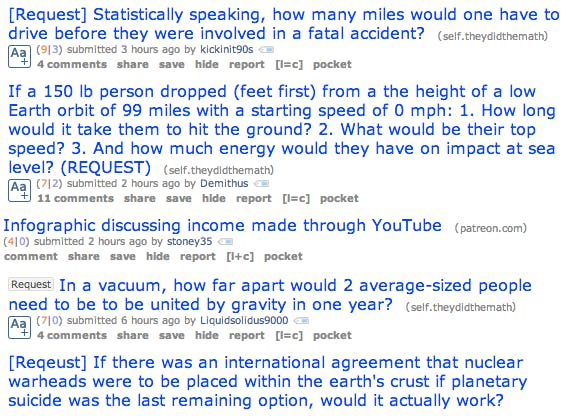 Posts come in two forms: They’re either self-submitted discoveries or requests for fantasy calculations. There’s always discussion as to the semantics within the work. In the thread about humans with wings, for example, one redditor asked how many would be grounded by obesity; another questioned how aerodynamic the humble Homo sapien actually is.

The subreddit is perfect for those odd thoughts that come to mind in the strangest places—in the shower or on the train—and now there’s a true outlet to answer your questions. There are many: Nearly 29,000 redditors are subscribed to r/TheyDidTheMath.

The top question of all time is “How much would it actually cost to produce a real life Truman Show?”; one brave member, IamGerino, took the time to answer it. His calculations were meticulous: He worked out that it would cost $2.1 billion a year to run and would need to air slightly more than a minute of ads a day to break even. But hidden within the numbers and equations was a message: “You are being watched,” a wonderful nod to the film.

The detail that goes into each answer is incredible. 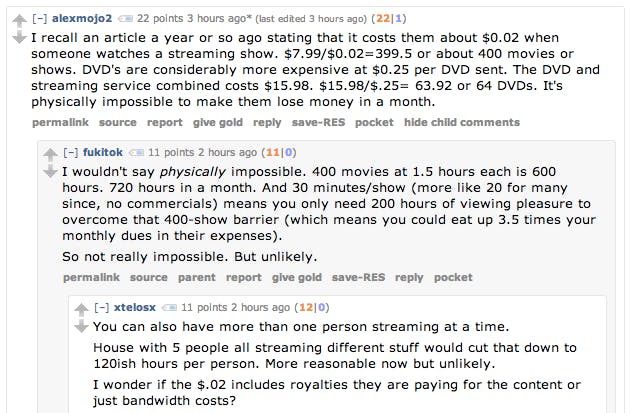 Another popular post from the archives: How can video game characters carry so much in their pockets? A user called phencer42 took this prompt to the next level and worked out that Steve, the protagonist from Minecraft, can carry almost 50 million kilograms, while Dovakhin from Skyrim can only stick a measly 17,500 kilograms in his carrying sack. These are all questions I may ask myself while waiting on a long loading screen, but never would I have the effort to painstakingly work it out. (Then again, I also failed maths at school.)

That’s why r/TheyDidTheMath is so impressive: The subreddit takes questions scientists would scoff at and turns them into puzzles to solve instead. One of my favourite calculations was coincidentally added just in time for Valentine’s Day, telling redditors exactly how much chocolate pudding would be needed to fill a bathtub. (Yes, for sex.) The answer: 25 gallons if you make it yourself. But more frugal users advocated the use of instant pudding and milk to save on costs.

In the future, rather than simply forget about ludicrous questions that pop up when procrastination is clearly on the agenda, there is now an actual forum devoted to it. Fortunately for me, an entire subreddit of armchair mathematicians is eager to find out exactly how many drinks it takes to get a whale drunk.