Please let this be the location of Goonies 2.

Reddit users believe they have found a shipwreck near Boston’s Logan International Airport.

The alleged wreck was discovered using Google Earth, off of what was formerly known as Boston’s Governors Island. The island was once in possession of Governor Winthrop in 1632, according to kellscraft.com. 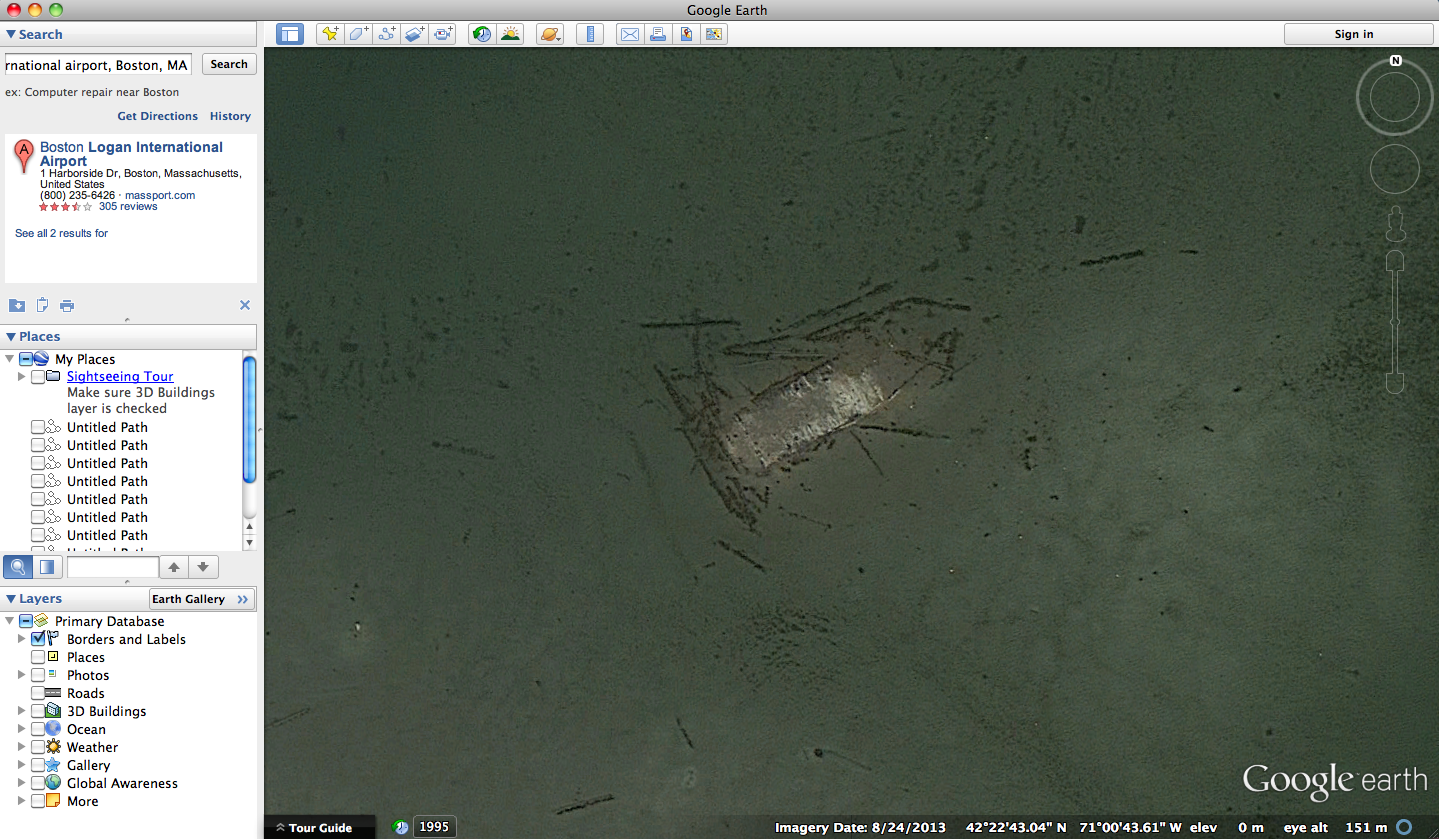 “It continued in the sole possession of the Winthrop family until 1808, when a part of it was sold to the government for the purpose of erecting a fort, which was named Fort Warren,” kellscraft.com reported. “Subsequently, the name Fort Warren was transferred to the fortifications farther down the harbor, and the name of Winthrop given to the work now in process of erection, in honor of the governor and the early owners of the island.”

The name of the ship and the date of its crash are unknown. But according to bostinno.streetwise.co, it is one of dozens to have crashed during the early 1900s. The island was destroyed in the 1940s to expand Logan Airport. 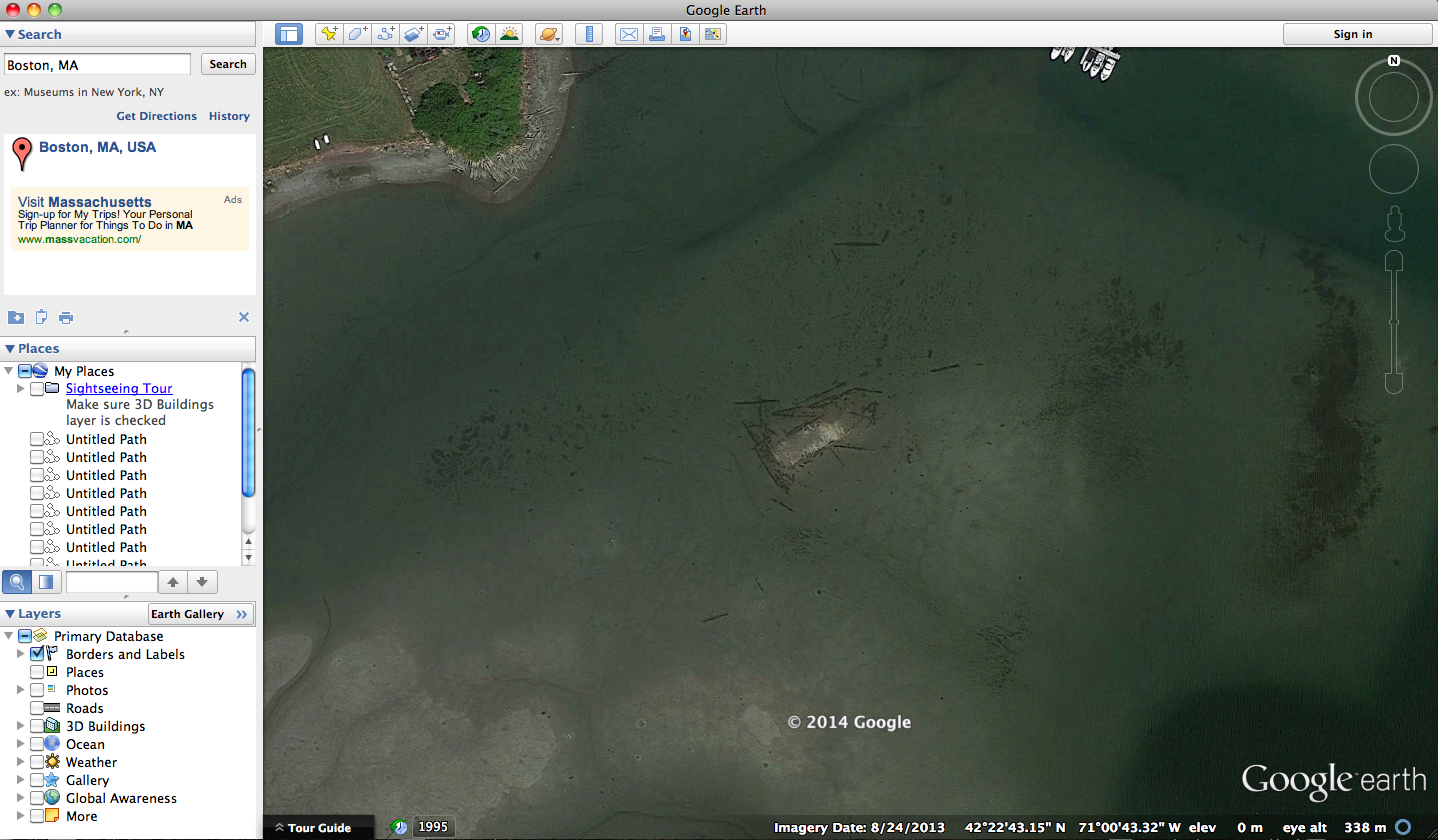 A list of some of the identified wrecks can be seen on wreckhunter.net.

Redditor ScipioA dug up a copy of “Report of the Chief of Engineers U.S. Army” containing a reference to a schooner named “Mary,” which crashed near Governors Island in 1888.

“The government paid to haul her to Fort Winthrop so it wouldn’t interfere with harbor traffic,” ScipioA added. “The fort was abandoned only a few years after the ship was moved, so perhaps nobody cared enough to do anything with the hulk and there she sits.”

While sleuthing around for information on the wreck, Reddit’s r/whatisthisthing found another ship near the airport’s southeast corner.