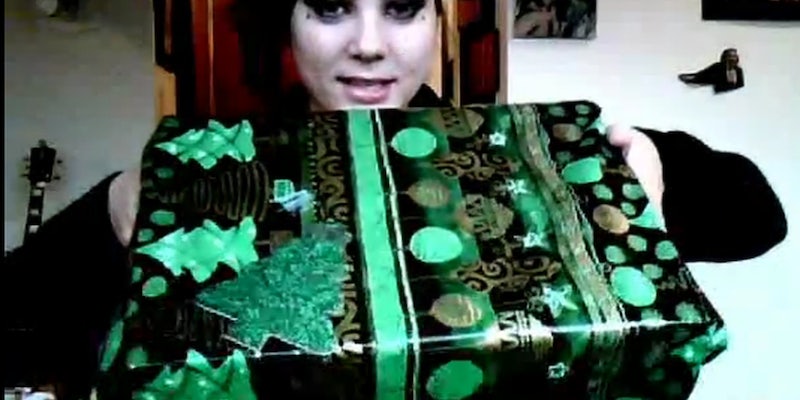 When you take part in the world’s largest secret Santa gift exchange, there’s always chance you’ll get a package of awesome in the mail come Christmas time.

Just ask redditor Flesh_Odium. She jumped into social news site Reddit’s 40,000-member-strong gift-giving madhouse earlier this year and, like everyone else, had no idea what to expect. Maybe a handmade zombie doll? An old GameBoy? A Jon Stewart For President mug?

She got a brand new laptop.

“I was NOT expecting this,” Flesh_Odium added in a post on Reddit gifts. “You sir or maam have made my life.”

Earlier this year, as part of another gift exchange, Jimmy Fallon and his house band, the Roots, serenaded one lucky redditor in song. In the annals of gift exchanges on Reddit, however, Flesh_Odium’s laptop comes up near the top—not because the gift was expensive, but because Flesh_Odium was so moved her hands begin to shake.

When your giftee can hardly hold your present out of excitement, you’ve pretty much won at secret Santa.