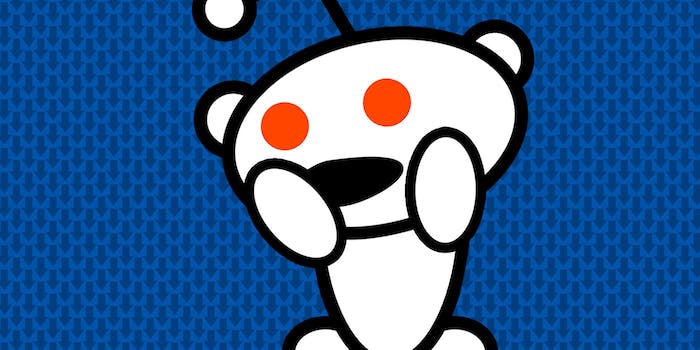 Make yourself some popcorn.

By Friday morning, moderators had taken over 1,400 subreddits private in protest of not only the company’s firing of Taylor, one of Reddit’s most well-respected and publicly active administrators, but also due to long-simmering tensions between the legion of volunteer moderators who conduct the majority of Reddit’s day-to-day community management and the paid employees who run the back end and global rules of the site.

While many subreddits are down, most others remain active. Within those active subs, much of the discussion has been dominated by people talking about the blackout.

Reading those comments is a fascinating window into understanding how redditors think about their community and, in a larger sense, part of a larger debate about the relationship between unpaid content creators and the for-profit platforms built to monetize their work.

So we decided to turn it into a fun game. As you wade through thread after thread of comments about the Reddit strike, be sure to keep your Reddit Meltdown Bingo card handy to check off each box when appropriate. 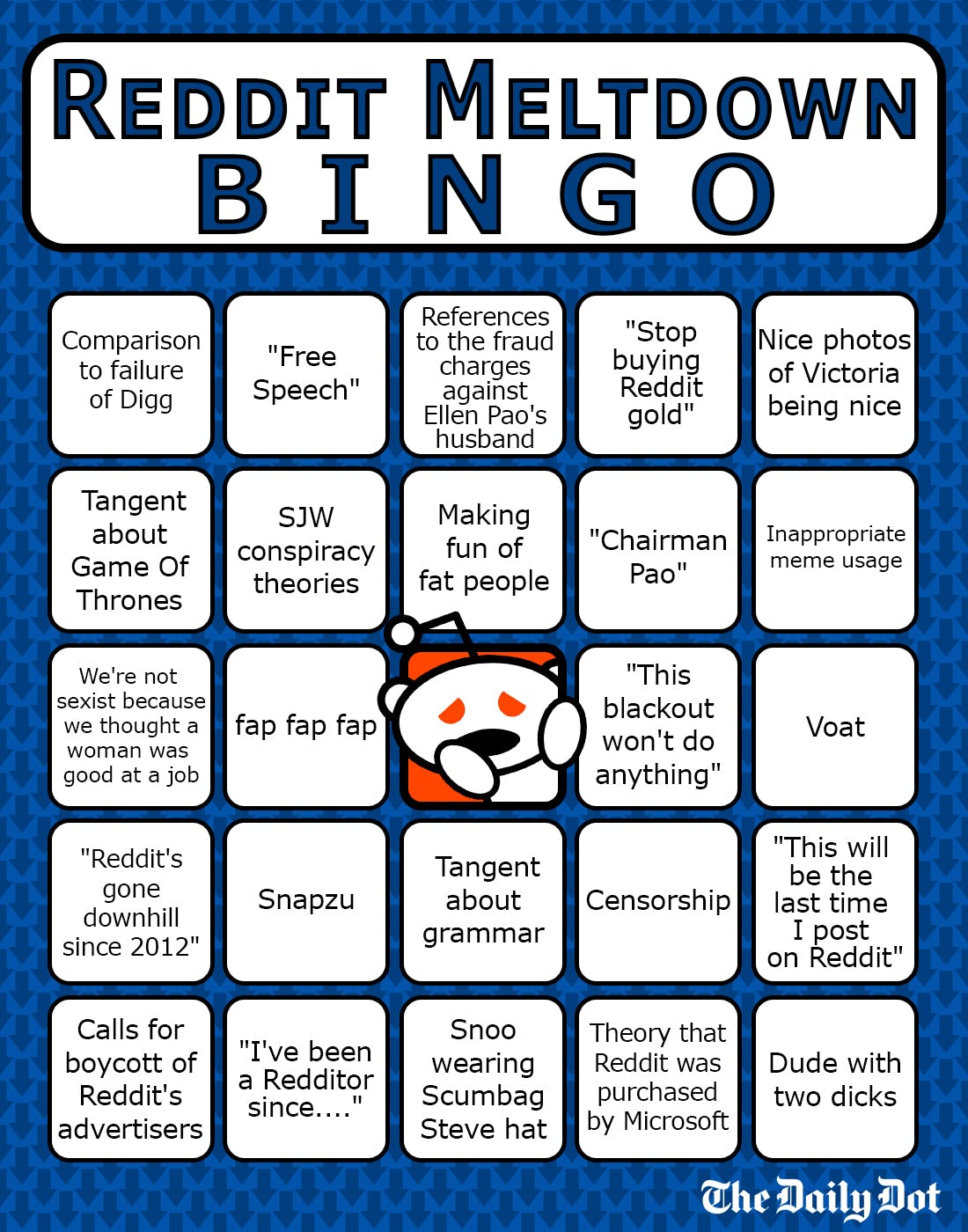