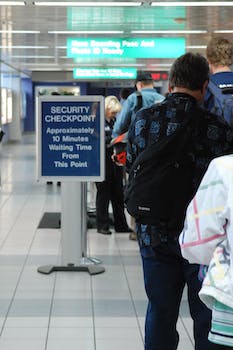 Redditor Bitchy_Face had traveled from California to visit her father in Birmingham, Alabama. Her problems began during her trip home Nov. 24; she summarized them in an r/AskReddit titled “Got my iPhone stolen by TSA and I tracked their home address. Does reddit have any ideas?”

“I was traveling with a toddler and the agent searched my diaper bag. He took it away for a period of time to check my formula. As I was boarding, I noticed that the phone was gone. I tracked it from my iPad when on got on the plane and it was still at the terminal. When I got home, the phone was at someone’s house (about 4 miles away from the airport),” she wrote.

Once Bitchy_Face updated the post to include a screenshot of the thief’s location, it was deleted and she was banned for sharing personal information.

“This situation is going to be a lot of fun. Don’t let it drop, OP. Start calling TV stations,” user nolotusnotes commented.

On Nov. 28, Bitchy_Face returned to r/self with a new post: “Thanks to Reddit I got my stolen iPhone back and an airport thief arrested!!”

“After my post, several redditors messaged me and offered to help. THANK YOU!! In particular, a former local and national TV reporter contacted me and I gave him all of the details,” she wrote in the update.

According to the post, the former journalist sent the details of Bitchy_Face’s ordeal to media outlets, law enforcement personnel, and even local government officials.

“He basically warned them that the story was about to hit the news cycle and urged them to look into the matter. Well it looks like the threat of public shaming worked because early this morning I got phone calls from a TSA criminal investigator and a local detective,” she wrote.

After reviewing surveillance video, the investigation led to the suspect’s home, where he was placed under arrest. It was also concluded that he was not a TSA agent.

This is not the first time redditors have helped each other out with stolen phones. In 2010, user asbestospoet’s phone was stolen, discarded in a field, and ultimately found and returned by a fellow redditor.