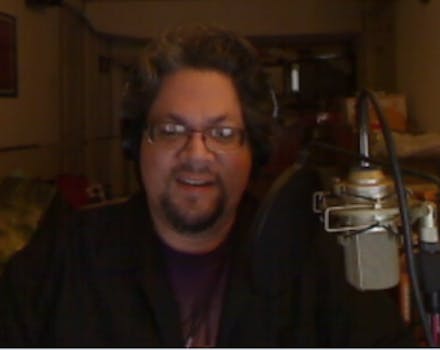 Andrew Sorcini, once known as "the king of all social media," was banned from the social news site three weeks before The Atlantic, whose links he regularly posted.

Reddit’s anti-spam purge last week claimed some big names, most notably The Atlantic and Businessweek, but it also caused a bit of collateral damage. Andrew Sorcini, who was once the most influential user on social bookmarking site Digg and dubbed “the king of all social media,” has been banned from Reddit.

Reddit kicked out Sorcini at least three weeks before the mass bannings last week. His ouster provides hints as to what ultimately got The Atlantic booted from the social news site.

Posting under The_REAL_MrBabyMan on Reddit (a nod to his Digg handle, MrBabyMan), Sorcini, whose day job is an animator at Disney, submitted links to The Atlantic and Boston.com almost exclusively for two years.

The Daily Dot first reported on The Atlantic’s Reddit operation last April, when its social media editor, Jared Keller, got booted from the site after spamming the publication’s articles relentlessly for over a year. Top Reddit moderator Ian Miles Cheong, who posted under SolInvictus, was banned around the same time. He also frequently posted links from The Atlantic.

The fact that Sorcini continued to spam the site even after Keller’s and Cheong’s ouster may demonstrate why Reddit felt it was necessary to ban The Atlantic entirely last week. The publication clearly hadn’t learned its lesson.

The Atlantic isn’t the only guilty party. Reddit receives more than 35 million unique visitors a month, and digital publishers salivate over a even a small piece of the Reddit pie. Other sites taken down in the ban last week include PhysOrg, GlobalPost, and Discovery News.

The bans are temporary, and Reddit staff have said they aren’t administered lightly. “Before taking such a severe action we make absolutely certain that the domains that would be affected are truly at fault,” Reddit staffer Jason Harvey wrote last week.

Sorcini was no stranger pay-for-play controversies in the social news realm. In 2008, he came under heavy criticism from other Digg users, who accused him of being a paid spammer who gamed the system.

Sorcini denied those allegations. In a 2008 interview with Read Write Web’s Marshall Kirkpatrick, he said:

“All I ever wanted, was just for the stories to live or die on their own merits. If everyone was on a level playing field I would love that – because I still have the skills to find the great stories.”

Sorcini did not respond to a request for comment by time of publication.

Photo of Andrew Sorcini via The Drill Down