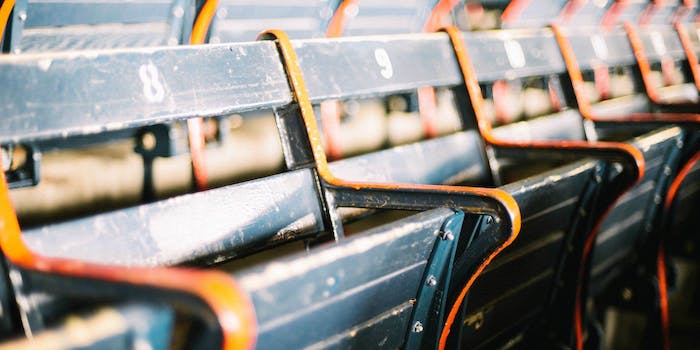 This clumsy Red Sox fan ruined a game for everyone

Pull yourself together, man.

The Boston Red Sox trounced the Detroit Tigers 20-4 back on Sept. 5, 2013. David Ortiz got his 2,000th career hit that night, to pair with two homers, leading the extensive beatdown. But, you know, Major League Baseball makes everyone play 162 of these regular-season games, so we’ve already forgotten.

Unfortunately, one silver-haired man won’t be afforded the same luxury of fading into history’s footnotes. In this recently made diorama from the game, outfielder Shane Victorino tries to make a play on a foul ball, tumbles into the stands, and is helped by an adoring crowd. But as the guy who GIF’d this moment for Imgur notes, a routine fan scrum for a foul ball goes haywire because of the guy in red and blue:

1. Does not actually provide help getting the player out of the stands
2. Knocks phone out of girls hand
3. Smashed drink into woman face

Guy in the Red and Blue keeps nailing it!