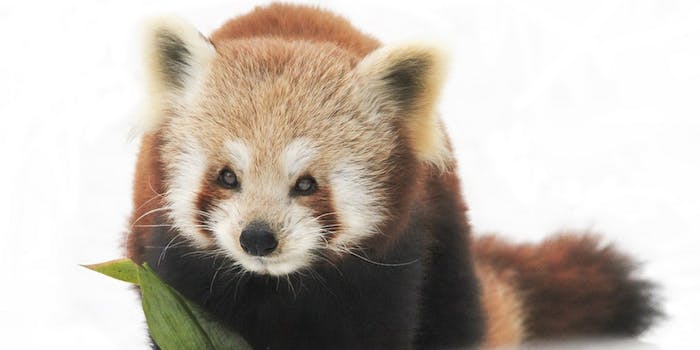 The only thing these little guys are in danger of is being too cute.

We might be tired of the ceaseless cold and endless snow, but one thing that will never grow old is watching animals play in the fluffy powder. From watching dogs slip and slide on the ice to seeing cats bulldoze through snow drifts, wintry precipitation has provided endless entertainment for our animal friends and for us.

Forget those home videos, though; if there’s one place that knows how to show our furry friend a good time in the winter, it’s the Cincinnati Zoo & Botanical Garden. Only days after delighting the Internet with footage of king penguins reveling in the snow, the zoo has shared another gem featuring some frisky red pandas.

These little guys can’t get enough of the white stuff, bounding and bouncing through snow banks and slapping the freshly fallen powder off the trees.

Next time you have to go out to shovel your driveway, just remember that somewhere in the world, right at that moment, snow is bringing a lot of happiness to a tiny little critter.

Photo via jinterwas/Flickr (CC BY 2.0)