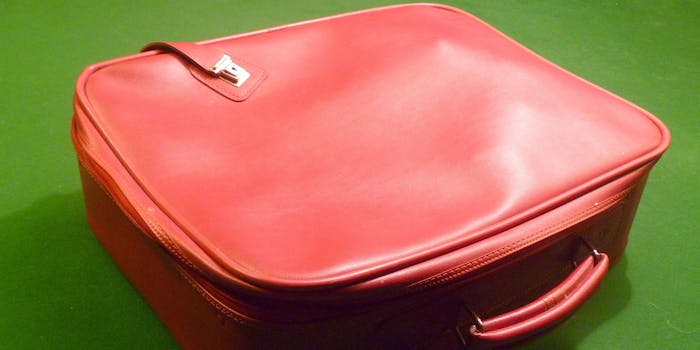 It probably seemed like a great idea at the time.

Someone thought it would be cute if the entire British Olympic team had matching red luggage. It certainly seems like a great way to show team solidarity.

There was just one little problem. A problem that apparently no one thought of until the team got home and tried to pick up aforementioned luggage at the airport.

Mine's the red one!! pic.twitter.com/Z68nxrDyJ6

Some 320 athletes and support staff (a few lucky ones having returned home early) got off their plane and were greeted by cheering, flag waving, fans… and a sea of red bags.

Finding my bag could prove more challenging than the racing #greattobeBAck @TeamGB pic.twitter.com/SyzXO153KU

At least, as this guy points out, one person shouldn’t have a problem.

The minor snafu did little to dampen their spirits. The team returned home with 67 medals, placing them second overall in this year’s game.

Of course, the free inflight champagne probably didn’t hurt either.

There was singing, dancing – and the drinking of 77 bottles of champagne on #TeamGB's flight home from Rio. pic.twitter.com/qdPBUkyhnt